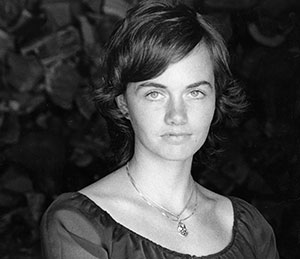 Mila Oshin, Dutch by birth, is a relative newcomer to the West Country. She and her husband, Kris Jager, recently moved here in fulfilment of the musician’s dream that had attracted them both independently to London nearly a decade ago. “London is interesting for its creative opportunities and the number of like minded people it offers, but it’s so expensive and you have to work so hard just to live that you don’t have time to make the most of them.”

In 2003 Mila and Kris’s band, Drunk with Joy, received the offer of recording an album in Exeter, following the success of their first single. It was not hard for them to agree that their opportunities lay outside London. “Circumstances came together to allow us to move west. Music is what we both love and what we came to England to do. Kris, who is half German and half Welsh, also had a grandmother in Exmoor, so he was already interested in this area. In London I had started setting up my own artistic development agency, and with email and the internet I felt I would be able to continue that work from the West Country. We love it here, people are so much more friendly, and now I freelance only two days a week, with the rest of my time free for music.”

As well as continuing her work in London, Mila is also beginning to promote local ventures. Two of her current projects include the Thelma Hulbert Gallery, Honiton, and (not surprisingly since they work so strongly together) a forthcoming photographic exhibition by husband Kris Jager. The exhibition is on at the Boston Tea Party café, Honiton, throughout November.