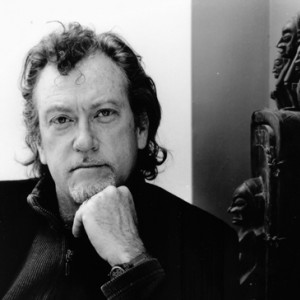 Despite launching a newspaper at the age of ten, whilst living in Taiwan, Jon Lee Anderson never really harboured ambitions to become a journalist. More likely, given the right set of circumstances, he may well have become a naturalist – fighting for the rights of animals in the wild and in captivity. At thirteen, he ran away from home, planning to live in the natural history museum in Washington, D.C., where he had spent time as a volunteer taxidermist. “I was not even interested in politics until I was 25” he says. “I was only interested in jungles and tribes, rivers, mountains and animals, that was all I cared about. I always thought I would be a naturalist. In fact, when I was living here in England at the age of fifteen I met Gerald Durrell. I wanted to work with him, in Jersey. That was my goal. It’s funny how it turned out.”

Jon Lee’s latest book The Fall of Baghdad may well be one of the most significant contributions to the memory of what is undoubtedly the most important political event of our time. Though he was based in Baghdad before, during and after the allied invasion, he was not an ‘embedded journalist’, and this book is by no means ‘war reporting’. It is a story that works on many levels, not only giving the reader a fascinating insight into the workings of a regime, both under threat and under attack, but it also sets an emotional and historical context for the reader through the lives of many of the characters the author meets and befriends during his time there. “I would hope that the book serves, on one level, as a kind of story of about human nature” says Jon Lee. “But it’s also a story about the fall of one of the world’s oldest cities, and its history, and how that history continues to transmute and evolve, and about the collision between the west, the United States, and that culture – the coming together of two cultures – with a lot of mutual incomprehension. And I felt almost like a mediating personality – because I was there, it was my countrymen invading and I had a great deal of empathy for the Iraqis. At the same time, I was continuing to explore their reality and trying to discover why it was all happening, and there was a precognitive quality to it. The Iraqis I talked to were steeped in their own history – telling me well before the events what was going to happen, and then it did happen. So, on the one hand, the book is a document of an extraordinary period, a dramatic event which affects all of us, but also, I hope, a book that offers an insight into human nature.”

Apart from the insight into human nature under extreme conditions, a subject that Jon Lee is uniquely qualified to investigate, having spent most of his writing life in volatile situations with heightened human emotions, The Fall of Baghdad has a keen sense of reality. From the opening chapter, in late 2002, when Saddam Hussein frees the inmates of Abu Ghraib prison, the reader becomes aware of the danger that mutual incomprehension and fear can bring. The fact that when all other journalists were warned to evacuate Iraq, Jon Lee Anderson stayed, is a testament to his need to report the reality of the situation. It is also a sign of his respect for those that befriended and gradually trusted him – giving him insights into the workings of their lives under the Saddam regime. “Essentially, Iraq is a secret world” he says. “It is as I told it. People revealed themselves gradually, the little moments, chinks of light. Ala Bashir, someone admired and trusted by Saddam, summons me to an art gallery to tell me what he really thinks about Saddam – what an extraordinary moment. When Sabah, my driver – who was a cipher to me, I never knew exactly where he stood – breaks down and weeps in a private moment and tells me he has a brother who has disappeared. When Salaar, the minder, makes a dry quip about Saddam having won 120% of the referendum he held in 2002 to extend his rule for another seven years, with just a twinkle, not a wink – this was how I began to learn about what was really in people’s hearts. The fascinating thing was it continued to be a voyage of discovery because you never really know. And people, to survive, will do anything. So were all of these admissions ways of pulling me in? They saw me as a lifeline. At some level, this was an element in each of their cases, but that didn’t make it any less authentic. They are people, you cannot view them in black and white terms, they are complex and they react in unpredictable ways.”

The future of Iraq, the Middle East and the western world are now inextricably linked. During his most recent visit to Baghdad, Jon Lee had to travel in camouflage, sometimes with armed guards. This is something familiar from his childhood in Colombia where he would be taken to kindergarten by armed guards. His unique perspective and knowledge of conflict stems from a need to understand the psyche behind the change from victim to revolutionary. Prior to writing what is considered the definitive biography of Che Guevara, he wrote Guerrillas, an on-the-ground account of five insurgent movements around the world. He probably has a better understanding of what is fuelling the current insurgent movement against allied forces than most military analysts. He says, “I spent a lot of time around revolutionaries and guerrillas and I can often empathise with them. I understand the idealism that leads people to leave a safe and comfortable existence and go off into the hills and fight what they see as a tyrannical or an evil regime. But that same idealism can turn. Once blood begins to be shed, the blood becomes a combustive element of its own. It can create a world of martyrs and heroes, and it becomes its own justification. Vengeance is dressed up – usually by a spiritual realm. Idealism can turn to its own form of tyranny.”

Jon Lee agrees with the commonly held belief that the lack of preplanning for the aftermath of the invasion of Iraq has led to the needless loss of life on both sides. However, he is uniquely placed to offer intelligent observation on what is happening in the hearts and minds of those that the average western citizen fears most, those prepared to give their lives for their beliefs. “Look at the motivation behind the guerrillas,” he says, drawing on knowledge gained from previous conflicts and groups. “These were people, who in some cases had a great deal of animosity toward the outside world. The world looks at them as dangerous – beyond the pale beings – but they’re all over the world, they come from every society. So, therefore, who are they? What unites them? How different are they to us? That was the seed in my exploration of that world. It appears in every society, and if any society becomes polarised to the point where a significant minority feels disenfranchised from having a civic voice – for economic, social, racial or political reasons – you are already on the slippery slope to pushing them or allowing them, to leave the fold. Such a group will almost inevitably break apart and use violence, which is a time tested course of action and somehow a legitimate part of our human development. Because most societies were formed in blood.”

It is his ability to draw on personal experience and hard-earned wisdom that has allowed Jon Lee Anderson to bring the reality of the Iraq conflict, its history, and the current insurgency into context. The Fall of Baghdad not only brilliantly documents an event that, on some levels, may have been inevitable, but it also offers an authentic and non-judgemental observation of some of the people and elements that could pave the future for that country.