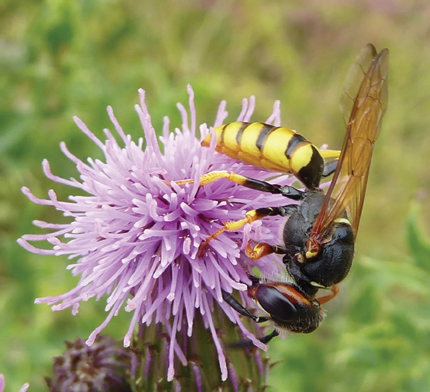 Towards the end of July, I visited the Maer, a nature reserve situated at the eastern end of the promenade in Exmouth. With its sand dunes and sandy grassland, the Maer is a remnant of a much larger dune system that once stretched down to the beach. Nowadays, it provides an oasis of calm close to the busy seafront as well as a habitat for special plants and insects.