Home History & Community “If You Don’t Go To Chapel You Will Never Get On...
Facebook
Twitter
Email 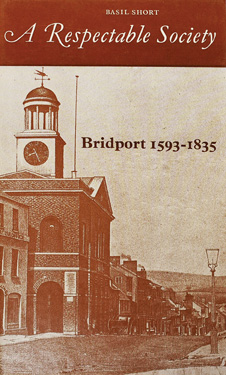 When I was 16 I took up a General Engineering apprenticeship with a large manufacturing company and was placed with a foundryman for a few months. The Works Manager, an impressive figure, processed through the factory, rotund with a prominent watch chain proudly displayed over his waistcoat and was also apparently a pillar of the local chapel. My mentor said “Unless you are seen attending chapel you will never have promotion here”. This may have been said partly in joke, “tongue in cheek”. It was my first lesson, which I disregarded as my home was nine miles away.
However this advice could have applied in Bridport from the time of King James II.
Protestantism began to be established in this country at the time of King Henry VIII when he broke with the Pope, followed by dissolution of the monasteries. When Oliver Cromwell came to power the Puritans disagreed with the decorations and idolatry remaining in the Church of England. Queen Elizabeth I also broke with Rome causing problems with Roman Catholics. This is a broad brush consideration of the religious issues of the time, but shows people moving from the established church and forming independent meetings. However the move led to many problems, bruising encounters and sometimes jail.
A Cromwellian Act of 1654 set up “Triers” to approve preachers in the Established Church, including “trying” clergy in office. Local Triers were Robin Tuchin or Touchen of Chideock and John Hardy of Symondsbury. Touchen was admitted in 1646 presumably as priest at Bridport parish church. About this time only one or two people were listed as Roman Catholics in the town, but there may have been a few more under cover and in surrounding villages.
In 1672 an ejected clergyman, Rev. Richard Downe was licensed to preach at a private dwelling of John Golding as an “Independent Dissenting or Congregational Teacher”. This was allowed under an Indulgence from King Charles II. However in 1680 Downe and “his people were imprisoned for nonconformity”. In July 1683 Mr Strode of Parnham broke into the Independent Meeting House and broke up all the seats and pulpit and then continued with the same destruction in other places in Bridport.
A letter of June 1698 to “Mr Pinny minister of the Gospel living at Betcombe” from “the Church at Bridport” asking Pinny to assist in the ordination of Samuel Baker, a member of the congregation at Axminster. It was signed by Math. Gollop, John Sissons, Tho. Ridgway, John Hardy, Will Lush, John Stone, Will Picher, John Stevens, Tho. Goudge, William Stevens and William Bishop. It seems that this group first met just off East Street and Stake Lane, now Barrack Street, probably in a hay loft. Shortly after the group moved up to what is now known as the Lyric Theatre.
By 1696 the Society of Friends, commonly called Quakers, had converted a barn belonging to Quaker Daniel Taylor in South Street, Bridport, opposite the parish church as their meeting house. In those days the Quakers were more confrontational than the other independent groups, when attendance at the parish church was compulsory, and they chose to meet almost opposite the church. They also refused to “doff their hats” to anyone. Their meeting house was frequently broken into by local authorities and the members taken out roughly and thrown into jail for non-attendance at the parish church. The Quakers had their own burial ground in South Street from about 1659, whereas the other nonconformist groups continued to use the parish church for burials.
By 1676 Bridport had a higher percentage of “Dissenters” than the rest of Dorset.
In 1735 the Independent Congregation had grown to about 500 and the meeting split over a confrontation with the minister over the question of the Trinity. What then became the Unitarians were about 300 and the remaining 200 became Congregationalists. The Unitarian Chapel was built in 1794 in East Street Bridport, commonly known as “The Chapel in the Garden”. Later in 1859 the United Reform Church was built almost opposite the Unitarian Chapel.
A Wesleyan Chapel was built in 1837 (now the Arts Centre) with an attendance of 843 in 1851 and the Baptists erected their chapel in 1842 with 215 attenders.
Basil Short in his small book A Respectable Society – Bridport 1593 – 1835, wrote that in 1692 and 1695 two Dissenters were appointed to the town Corporation, Thomas Way and Samuel Gundry. By 1708 there were 5 Dissenters: Samuel Gundry, Robert Bull, Thomas, Joseph and Benjamin Way. As time passed Andrew Way and Joseph Gundry joined so that by 1720 the council was firmly in the hands of the Dissenters. One of their first actions was to remove the toll on wheat, reducing the price of bread. The Dissenters attended the parish church once a year for Holy Communion which was the minimum requirement for official office. Dissenters were frequently church wardens and overseers of the poor. Quakers would not enter a “steeple house”, as they called the parish church and so barred themselves from public office.
Short quotes Hutchins, the Dorset historian, “Since the year 1720 a great many brick houses have been built here and the streets well paved”. The better fortunes of the town were based on local industry and most of this was owned by Dissenters including some Quakers. Some of the owners of business were the Gundrys, Hounsells, Downes, Colfoxes, Ewens, Bools all possibly coming under a blanket title as “Chapel”.
So perhaps the warning I received at age 16 was relevant in Bridport years ago!
The first meeting of the autumn season for Bridport History Society is on Tuesday 10th September at 2.30 pm in the United Church Main Hall, East Street, Bridport when Prof. Colin Divall will ask “Do you really call that progress Mr. Marples?” and talk about the closure of local railway lines. All welcome, non members entrance fee £3.
Cecil Amor, Hon President, Bridport History Society.