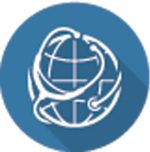 Do people really want to join an industry in crisis? In the second of a series of articles on heatlhcare, Dorset medical student Molly Harriman talks to Fergus Byrne about what it’s like to train to be a doctor.