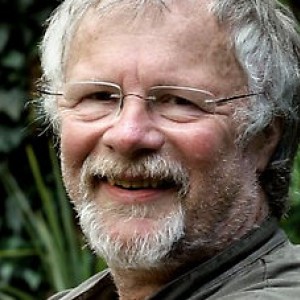 In the 1970s Bill Oddie filmed a Christmas special for the TV series The Goodies at Parnham House outside Beaminster. In those days the property was owned by the Mental Health Association, an irony that would probably make Bill smile if he knew. I say irony because in his recently published autobiography One Flew into the Cuckoo’s Egg, Bill reveals not only a history of mental illness in his family but also the fact that he himself has suffered dreadfully from clinical depression in recent years.

Born in Rochdale in 1941 he has few memories of his mother, other than as a young lad, a vivid image of her being taken away in what could have been an ambulance, but in his mind could equally have been a Black Maria. He also remembers the state of the kitchen after what he later learned was a violent attack on his father. His next clear memory is of visiting her in a place known as Barnsley Hall, a mental institution that he remembers could easily have been used for scenes from the movie One Flew over the Cuckoo’s Nest, which was made many years later.

The title of Bill’s autobiography, One Flew into the Cuckoo’s Egg, cleverly highlights his comedy genius, his expertise on wildlife and birds, and the force that has dominated much of his personal life in the last eight years. Although the book deals with many of the different aspects of his life, from The Goodies through birding, marriage, children and work, the deepest thread is of mental anguish. His experiences are not only remembered and honestly written but there are moments when the reader actually lives through the horrors of deep depression as they happen – during the writing of the book he experienced a bout of depression that could have derailed the whole project.

When I began to point out to him that, although he doesn’t want to be seen as yet another celebrity depressive, (I was about to say that he is in a position to help others) he interrupts with his wonderfully infectious wheezing laughter and says “…but I am!” His ability to lighten the subject enough to make it easier to talk about is one of the benefits he can bring to discussion, a talent he has also brought to his birding and wildlife observations, making them more available to a wider audience. In his book, he remembers how one journalist likened him to David Attenborough, except that where Attenborough’s work was the equivalent of showing the Playboy version of wildlife, Oddie brought the viewers Reader’s Wives, which was much more accessible. However, he is quick to point out that there is a difference between lightening a subject and trivialising it, something he feels the tabloid and certain TV media do. “I’m capable of being incredibly trivial about things,” he says. “But at the same time, there is a difference between being facetious and dismissive about something and having a sense of humour about it.”

An only child, it has taken him many years to begin to understand why, as far as he could remember, he never had a mother. Before he was born she had lost one baby late in pregnancy and another just a few days after it was born. (Bill puts his own survival down to the fact that he was born in a hospital.) Now he believes his mother was suffering from massive postnatal depression, which was simply not understood. He says, “They simply didn’t have any facilities for recognising such things existed, let alone any sympathy or treatment in those days. Not at all, there’s any amount of people who got incarcerated when they were depressed and that’s what happened to her. It’s incredibly sad.” The ensuing relationship with his mother, up until she died in 1990, is detailed in the book.

He is quite aware that in the case of mental illness, he has been much luckier than many. “There’s no question whatsoever in my mind that I managed to, not only get through three bouts of clinical depression in the last eight years or so, but to actually come out the end of each one in a higher gear – I don’t mean bi-polar – but having learnt more, coped with it better, and in general become a lot better and healthier person than I was. This, unfortunately, like it or not, is because I could afford a great deal of therapy. The NHS simply doesn’t provide enough mental health help and never will. London is knee-deep in people with clinical depression and god knows what else.”

Growing up an only child may well have contributed to his interest in birds. Not only did he disappear off for days on end to local wildlife habitats when he was a lad, but his father would often take him on holiday to places that most parents wouldn’t consider exactly a holiday location, just so he could watch birds. Even during those good old Goodie days, he engineered filming locations because he knew good bird-watching spots. “Because we were often filming in September and October,” he says, “I used to suggest, and quite successfully and validly, that there were some fantastic film areas in the West Country. The others never knew what to do if we had half an hour off, or we finished early or took a break at lunchtime. But for me it was great, I just said ‘right see you, tell me when I’m needed again’. I would get up early and go down to Portland Bill bird observatory and the same thing lunchtimes, evenings whatever. So I was never at a loss to run the two things at the same time.”

In his book, Bill points out that, ‘recovery happens’, and we can be thankful for that because his experience and knowledge of birding and wildlife, let alone his life experience from the Cambridge Footlights, through the ‘swinging sixties’ with the likes of Peter Cook, Dudley Moore, Tommy Cooper, Ronnie Barker, Rick Wakeman, John Paul Jones and John Cleese, means he will be able to entertain and educate audiences and readers for a long time to come.

His autobiography One Flew into the Cuckoo’s Egg is published by Hodder & Stoughton.