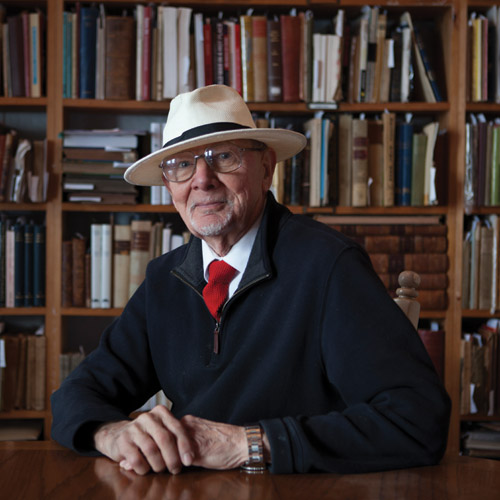 ‘I arrived in April 1939 in Cox Green, then a small village outside Maidenhead. My parents ran a small garage there with just one pump, but from the photographs that survive they radiate an innocent joy and seem untouched by the looming war, just a young couple very much in love.

But, I was never to know my father as tragedy struck when I was two, my father killed in a tragic accident, and my mother hospitalised with grief. There are no memories prior to 1944, and just a few fragmentary photographs survive.

My Mother never recovered and I did not see her again till I was nine, and even then only intermittently. One can indeed die of a broken heart. Looking back I can see I was shielded from the tragedy out of kindness. They had simply gone away…and that was the end of it. Fortunately my grandfather, a wise and kindly man, stepped in and took over my upbringing. He had fought in Africa in the first world war and seemed to me to be the fount of all wisdom. As an only child, I see now that I must have represented some kind of surrogate for his own tragedy, that of losing his only two sons, each in their prime. I worshipped him and must have subliminally absorbed his every word. The weeks and months revolved around the school vacations when I could be with him.

My abiding childhood memories are of extracting honey from his beehives amid swarms of angry bees, learning Kipling’s poem “If”, fishing along the Thames at Boulters Lock, sleeping underground in an Anderson shelter by candlelight, and best of all, manually pumping the ancient organ in the tiny Cox Green village church Sunday morning and evenings for pocket money. There is something wildly comical in accidentally disturbing a wasp nest in the organ loft space, hearing the organ fade in the middle of Hymn 442 Onward Christian Soldiers and the vicar urging you to keep pumping in a fierce whisper. But the pay was good. A silver sixpence!

Amid the turmoil of war and its aftermath, evacuation, the austerity, the food shortages, the memories linger on of being one of two boys only in an all girls primary school for one term (knitting and weaving raffia place mats!), a latin master who would only talk to us in latin, and then, after school foraging for winkles and shrimps and the occasional lobster. This was no game. Food was short. This came about because in 1946 we had relocated to Westgate-on-Sea in Thanet, a place that was to become my home until I was nineteen.

It was here, on my first day of my first term at my first secondary school in Birchington on Sea, that I first became aware of books. I must have been about ten, so we are in September 1949. The new headmaster, a tyrant and perverted bully addicted to caning, in a chearout of the then deceased former headmaster’s office, arranged for his library to be burned and his fossil collection to be thrown out. There was a bonfire at the rear of the school. I crept back after hours and rescued some of the books and fossils. Beautiful Victorian volumes on microscopy, astronomy, exploration… etc. I still have them seventy years on. At ten one is unable to contextualise such behaviour, or even talk of ethics and morals, but I do recall a feeling that something was seriously out of kilter. The turning point came when I was fourteen. Having failed all exams and been assessed as four years behind, my Grandfather stepped in again and I was enrolled for one year at an all girl’s Secretarial College, but this time with one to one tuition at the rear of the class, in Maths, English & Latin. All this guided by an old-school Victorian tutor in winged collar. My tutor must have seen some spark in me as the maths was a revelation, and this, together with a love of books fostered by a kindly Hungarian bookseller (any book 6p), was to be the pivotal year that set the course of my subsequent life.

Four years at St Lawrence College, a public school near Ramsgate, followed by a year A level cramming at Chatham Technical College got me a very modest Kent County Bursary to London University. It was only many years later that I learned this schooling was all financed by my father’s Life Insurance Policy, carefully put aside and invested by my Grandfather.

But it was now September 1959 and there was a buzz in the air, as if the country was awakening from a long hibernation. I recall walking round my room at the Queen Mary College Student Hall of Residence touching the walls in a sort of trance at the freedoms that London offered. Ronnie Scots, 100 Oxford St, Chris Barber, Bruce Turner and his Jump Band, Soho dives. The three years of a B Sc Physics degree raced by and we all worked every waking hour, because at some subliminal level we knew that post war austerity was easing and a rising tide raised all boats.

However it was not all plain sailing. The cost of living in London had reduced me by the end of my second year to having to work evenings six days a week, very seriously compromising my studies for my third and final year. In desperation I took off and walked into the Kent Higher Education offices in Canterbury unannounced, explaining why I would have to abandon my degree. To my utter astonishment a week later I received a cheque for a full Kent County award backdated for two years. This was a huge sum, as I was in effect now able to finance my final year of studies at twice the rate of any of my classmates. All worries dropped way. It was a lifesaver and taught me important lessons about bureaucracy and boldness.

Now aged 22 and just prior to graduation in 1962, I applied to the Space Research Group at University College, and was taken on for a PhD in Astronomy from Space, at that time a brand new field led by Professor Sir Harry Massey. It is almost inconceivable now, but in those heady days of Jodrell Bank, Sputniks, the first UK satellites Aerial 1 & 2, one could have one’s own satellite experiment launched by NASA, see it through to launch, and be rewarded with the data.

Nowadays there are lead times of up to twenty years and the research is of such sophistication that hundreds of collaborators are involved across many institutes and countries. But chance success brought extraordinary rewards; the most prized being a Senior Lectureship at Imperial College that lasted 32 years and the chance to help shape the lives of a future generation. Retirement came in 1997, and the safe harbour in my own rare book business. Looking back one sees that the catalyst at ten had led to a lifelong passion for books…but channelled to the age of forty only in collecting. Around 1982 a lucky friendship brought me a shareholding in The Gloucester Road Bookshop in Kensington, where I eventually became the Buyer and so learned the book trade from the inside, well before the advent of the Internet. In retrospect this was a blessing, as knowledge was everything and the knowledge had to be carried in one’s head.

Only in 1998, after a year in Lyme Regis, could one give expression to the feeling that everything prior had just been a rehearsal. The longed for stable family life, the history, the embrace of the book world, the people, the vibe, these have all yielded the happiest twenty years of my life. Lyme is such a wonderful town. The tea at the bottom of the cup can indeed be the sweetest and is maybe best sipped in the springtime of one’s senescence.

I have been fortunate to have met some extraordinary people through our bookshop in Broad Street, now in its 22nd year. Maybe this is the real gift? To know and have known the kindness and help of John Fowles, Derek Steinberg, Bob Benson, Louis Leteux, Jean Vaupres, Tony Keegan, Harold Towers, the U3A. To all of these, and especially my grandfather, my tutor, the editor of Marshwood Vale, my much loved wife Mariko and our three boys Sean, Patrick & Elliot, and to the many many others, I can only say: Thank you all and everyone, it’s been a privilege.’