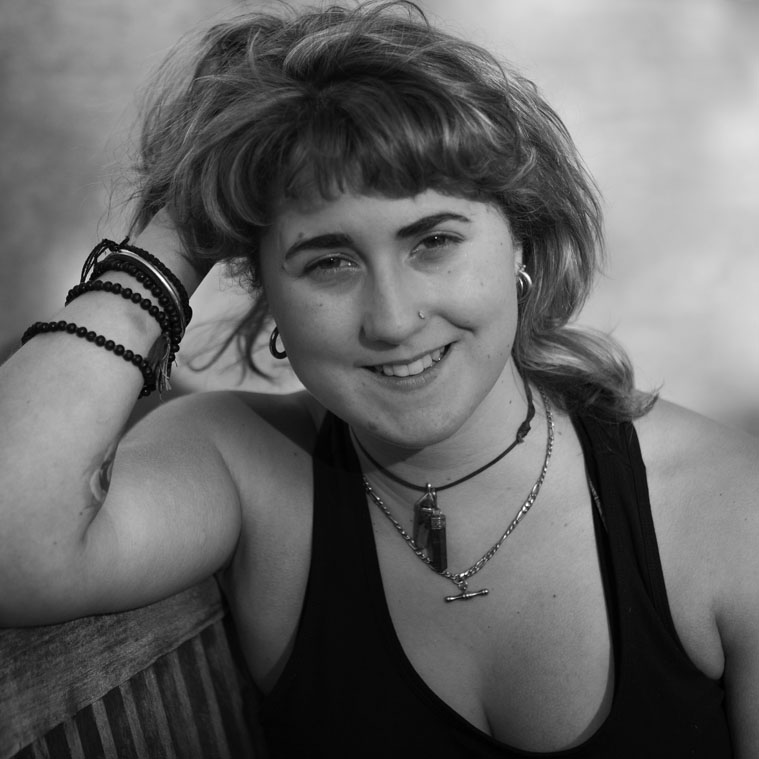 ‘From quite a young age, and throughout growing up, my Mum has always been a big influence on my view of life, particularly with regard to health and nutrition. I suffered badly from eczema as a child, and Mum would take me to a masseuse for treatment with all sorts of lotions and potions, so from the age of 6 I was introduced to the world of alternative and holistic treatments. I loved it, and more to the point, it worked.

Ours was a slightly mad household, with 4 young children. I have 2 older sisters, Victoria who’s now teaching, and then Gemma, who’s like the rock of the family. Having 2 older sisters when I was growing up was just fab; I also have a younger brother, Nick. We grew up in Dorchester, my early years at school there being quite troubled because we didn’t find out until I was about 5 that I was actually deaf. I had become quite good at lip reading and copying people, but I was really struggling with aspects of school, especially reading and writing, and I couldn’t understand why. But when one day my Mum asked me to do something and I completely blanked her, she realised something was amiss, and tests revealed the problem. After Damers First School, where I clearly wasn’t progressing, my parents sent me to Leweston, a private school, where the classes were much smaller, and with a lot of extra one-to-one teaching I was able to make up for lost time. My spelling is still fairly iffy, and I get really nervous if I have to read anything out loud in front of people, but my prep school years at Leweston, a bit reminiscent of Famous Five stories, were lovely. When the teenage years came along, things weren’t so great. I didn’t enjoy the sometimes hurtful gossip that girls of a certain age seem to find important, and developed an anxiety problem which turned into an eating disorder, one reason why I’m a bit obsessed with keeping myself healthy nowadays. I couldn’t wait to leave after GCSE’s, and went to Thomas Hardye School in Dorchester, which were the best 2 years of my school life. Everyone seemed so grounded, I made friends for life, and enjoyed being in the company of boys!

I was studying textiles, photography and art, and my goal was to get into Central St Martins in London. I was art obsessed, went to all the exhibitions I could, dressed really funky, and after a summer course there, I got a place on a foundation year. But London wasn’t what I thought it would be, neither in fact was the course, and I basically couldn’t afford to live there. My unhappiness led to the eating disorder returning, so I decided to leave, and study for an art degree in Bristol, where I had a good friend already, and felt more at home there. However, I seemed to have lost some confidence in my art; by now, yoga had become a big part of my life, which awoke my curiosity about different aspects of health.

My other passion, as a vegetarian, was making food. I was working in a bakery, making huge numbers of cakes then delivering them all round Bristol in a van. Providing food for people seemed to be fulfilling something in me I craved: it was both rewarding and creative, so I came back home and did a 2 year cooking apprenticeship in Dorchester, which taught me masses of invaluable knowledge, especially about flavour. But I was suffering from stomach problems, so I went to a nutritionist whose advice was to cut out dairy (I so loved my cheddar) and gluten (no more mushrooms on toast), and to consider trying a vegan diet. The effect on my health was immediate, and I took to it straight away.

My brother Nick and I then went to India for 3 months, both wanting to experience and learn about alternative cultures and spiritual ways of life. We went to ashrams, on yoga retreats, travelled and soaked up as much of India and its people, colours and excitement as was possible in the time. We ate in all sorts of amazing places, but I remember saying to Nick, we could do something like this. We both had skills—his were more to do with drinks, mine with food—and India had shown us, for example through Ayurvedic practice, how food could be healing as well as nutritious.

When we came home I decided to go on a completely raw food only diet. I learned a lot from that. I’d probably never been healthier, but I was maybe a bit too strict with myself. And the diet was a bit restrictive, especially socially, when going out for dinner, but I was determined to stick to it, and loved it so much that I kept thinking how do I share this with other people. I started making cakes and desserts with raw ingredients, and realising that no one else in Dorset was supplying food like this, I set up a little stall in Dorchester and started selling. I built up a small regular clientele, and would sell at small events and venues too. In London, a few people were doing this, but in America and Australia there seemed to be a growing culture of raw food, and I felt I needed to learn more about the whole subject. So on an impulse, I bought a one-way flight to Australia.

I went first to the Gold Coast, staying with friends of friends, and researching where might be best to live and find a job which would teach me the skills I needed. I lived with some Hare Krishnas for a while, then decided to go to Sydney, mainly because I knew about one café there where I could really see myself working. I got a job in a health food shop first, but spent all my spare time pestering the café to give me job. Eventually, they noticed my persistence, gave me only a couple of shifts at the café, then told me they were opening a new venue at Bondi and did I want to work there. So very quickly I had to move, find a place to live, and become a Bondi babe. The work was hard and long hours, but it was all health foods and completely vegan. The head chef was from a famous raw food culinary school in America, who taught me a massive amount, and I made great friends with many lovely people there.

I think maybe I’d gone to Australia with the intention of living there for good, and there was no doubt I loved it. But it’s a completely different culture, and after a while I realised how much I was missing my brother, my friends at home, and Dorset. My eczema was flaring up again, maybe a result of underlying unhappiness, so I came back home, and got my old job back in Dorchester. I was feeling a bit deflated, Dorchester not having quite as much panache as Bondi, but my Mum and Nick were reassuring me I’d soon re-establish friendships and find a worthwhile job. Nick and I were pinging out loads of ideas about working together, selling healthy dishes at festivals and food stalls in Bristol, but we weren’t really getting anywhere. Since going vegan, we’d always come here to Longmeadow to buy our organic veg, and one day my Mum said that they were looking for someone to take over the shop and café. I wasn’t keen to start with, reluctant to settle in Dorset and to commit to running our own business. But Nick thought it was a great opportunity, with the freedom to create something we both wanted to do, and friends encouraged me to go for it. So we went to the Princes Trust, put together a business plan, did an intensive business course, and were awarded a loan which enabled us to start our café, Feed the Soul, here at Godmanstone. We’ve worked hard to get here, but I feel so lucky to be creating food which inspires people, is good for them and the planet, and above all, looks and tastes great.’