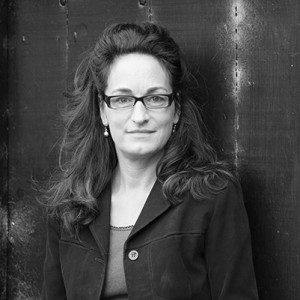 Julia Mear met Greta Stoddart at her home in Kilmington, Devon. This is Greta’s story:

“I was born in 1966 in Oxfordshire but spent my early childhood in Belgium. My dad was working for Crawford’s Biscuits, the company started by my Scottish ancestors in Edinburgh in 1813. I was the youngest of four children and we all started our education at an International school just outside Brussells. Because of this, and our numerous French cousins, we were all quite fluent French speakers from an early age.

We returned to Oxford in 1972 where I spent a happy, busy childhood. My mum was an artist and teacher and my dad was now a lecturer of Business Studies so family life was an amiable mix of sociable creativity. Dad was also politically active, running as a Liberal parliamentary candidate. Once he had us all out campaigning, standing in the back of an open truck, wearing orange ‘Vote Stoddart!’ T-shirts, and handing down leaflets to bemused passers-by.

As a child I used to keep a notebook by my bed. I’d wake up in the middle of the night and write things down. I was lucky to have Philip Pullman as a teacher at school. He’d write these fantastic shows for us. I remember being Princess Meliara, in a pair of billowy trousers, for one production. I was also very involved with the local Junior Dramatic Society and I loved ballet.

Oxford was a great place to grow up. There was always something happening. There was a steady stream of British and foreign academics passing through and the large Cowley car plant made for a significant industrial presence, so many different kinds of families mingled at school. Once, as an unruly teenager, I gatecrashed a May Ball and, when I got caught, protested my innocence by claiming my right to be there as Oxford was my home, not merely my university!

I was always an avid reader but it was at Secondary school that I came across poets like Hardy and Auden, as well as French writers like Albert Camus. I remember reading Auden’s ‘Musee des Beaux Arts’ and being struck by how you could express a thought like that, in 21 lines.

When I was 18 my boyfriend and I went to live in Paris after our ‘A’- levels, he to study piano and I to go part-time to a theatre school I’d heard about. I reminded my mum recently of her admirable lenience. She told me there was no point in forbidding it; she knew I’d have gone anyway. We lived in a ‘studio’—kitchen, sitting room, bathroom and bedroom all in one—on the top floor of a building in the 2nd arrondissement, a hive of prostitution and drug addiction. I’d peer out of our window, down at the needle-littered courtyard, listening to the cooing of the pigeons on the sills.

By giving rudimentary English conversation classes to business men we just about made enough to live on. Sometimes all we had for dinner was ‘un pudding’ from the patisserie which was all the crumbs of the day swept up and rolled into a ball with a sugary paste.

The school I went to was the Ecole Jacques Lecoq, an internationally renowned drama centre whose focus was physical expression. People came from all over the world. Looking back, it’s interesting to note that the school’s maxim was to study ‘le silence d’où s’élève les mots’—‘the silence out of which come words’.
That year was formative in so many ways but I came back to England as I had a place at Manchester University to study drama. This was 1985, the tail-end of a time when being a student implied having a political conscience, so I found myself on protest marches to ‘Reclaim the Night’ and ‘Free Nelson Mandela!’ but I was more interested in the playwrights I was discovering; Chekhov, Tennessee Williams, Arthur Miller. I enjoyed Manchester, but I was set on returning to the Lecoq School as I was now old enough to attend the full-time, 2-year course.

At the school I met two women with whom I formed the theatre company Brouhaha. We devised and performed our own shows, drawing inspiration from the films of Buster Keaton and Chaplin, and the bleak comedies of Beckett. We spent the next five years touring Europe and the UK. Once, on tour in Mexico, I remember bussing out to see the Pyramids and being rickshawed around Mexico City in between performances!

At that time I had a boyfriend who was a news cameraman working on the front line in the Bosnian war of the early 1990s, and then a serious illness occurred in the family, and before I knew it I found myself writing. I became again that child who kept a notebook by her bed; one who listened – but in a different way—to ‘the silence out of which come words’.

I became absorbed in writing. I remember one day in Belfast, before a show, walking around the city with these words going round in my head. When I got back to the theatre I’d composed a whole, imperfect, poem. Performing that night I felt at one remove, as if the heart had been taken out of the stage and placed on a page. I meant only to take a break from acting but in fact I never went back.

By the mid-1990s I was in London, teaching English. I went to poetry classes led by the brilliant American poet Michael Donaghy, who became a great friend and mentor.

I’d known my partner Stewart a bit from Oxford days but I met him again around this time and we started living together in a flat on the River Thames. My first book of poems At Home in the Dark was published in 2001 and won the Geoffrey Faber Memorial Prize. Our first son, Jesse, was born in 2002 and our second, Frank, followed four years later. And a second book! Salvation Jane, which was shortlisted for the Costa Poetry Book Award.

I’d started to teach poetry at Morley College and Goldsmiths University in London but in 2003 I got a job as Writer-in-Residence at Exeter University. I immediately felt at home here. I’d spent many happy childhood holidays sailing the south coast but it went deeper than that. I’d long known that my (maternal) French ancestors had fled France in 1697 as Protestant religious refugees but when I discovered they’d landed in Topsham, a return ‘home’ felt all but inevitable!

Although Stewart was originally from a farming family in rural Oxfordshire he was now running his own art-moving company in London and as soon as he sorted a feasible commute plan we started house-hunting in East Devon. After a year spent looking we went to see a farmhouse on the Hills Farm estate in Kilmington, and knew immediately it was the one for us.

The boys are both very happy at local schools. Stewart now works mainly from home. We’ve converted the milking shed into a holiday cottage. I teach for the Poetry School in Exeter and Bridport, as well as run writing courses from my home and cottage. A few years ago I worked with the Dorset-based theatre company AngelExit on a script for their stage production of Moonfleet. This was the first time my theatre and writing experience came together and I loved it. I now do some freelance writing and am working on my third book of poems. Walking has always been a way for me to think through my poems and I feel so lucky that I can now do that in such a beautiful part of the country.

Moving into this area was one of the happiest days of my life. I remember those first  weeks here, the sense of contentment and relief—all this space and sky. The sea. The friendliness of the people. The small communities. Some remnant of that feeling is with me every day.”