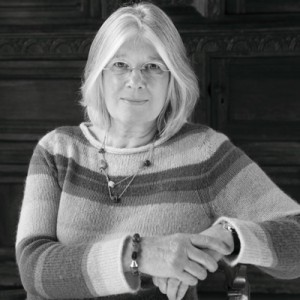 Robin Mills went to Plush, mid-Dorset, to meet Dot Browning. This is her story.

“My childhood was spent in a fairly leafy part of South London, between Streatham and Tooting. I was the youngest of three girls, and we lived next door to the vicarage where there were three boys; there were two more in another nearby house, so I think my sisters and I all grew up as tomboys. We lived in London until I was about 13; things I remember from childhood are mainly family holidays, and that was when I got to know Southwold, on the Suffolk coast. I can also remember going to Wales—I’d have been about 5 or 6—on the train, with my sisters, and for some reason I didn’t question why we went all that way unaccompanied by our parents. I only found out a few years ago that it was because there was a family funeral, in Southwold, in those days something to which children didn’t go. The other thing which, as children, we didn’t really know much about was that my mother’s grandfather was an equestrian, in the family circus. There was a time when coming from a circus family was a bit frowned upon, and that might have been why the subject didn’t often come up. My grandmother grew up in the circus, and there’s a true story about a wind pump, which remains a special place to my family, at Walberswick; aged 9, and egged on by her brother and cousin, she jumped up and clung on to one of the wind pump sails and rode right round its huge arc—a feat of daring happily without dire consequences. At the age of 12 she ran away from the circus with her sister in London and went in to service.

When I was 13, my parents decided they wanted a different life from London and work in the City, and became tenants of a hotel in Southwold. Having been to a London co-ed college, I found myself going to a catholic convent in Lowestoft, a very different experience. I remember the local catholic Father coming once a week to teach a particular lesson, which only catholic girls were allowed to attend, which turned out to be sex education from which strangely we non-catholics were excluded. After school, I did a secretarial course, and got a job in a bank. And then, I decided I’d go and visit my sister and her husband who were working in Uganda. I spent 9 months there, with the idea of finding out about the people and their culture rather than just being part of the ex-pat community. I travelled a lot, and worked in a family planning clinic; quite a challenge for a 19 year old, advising women some of whom had had no education. Colonial attitudes to the inequalities amongst African people still held by some Europeans incensed me, and had a lasting effect. Before I went to Africa, I’d already met my husband-to-be, John, and during my stay there I had a proposal – by telephone. We got married on my return, honeymooned in Scotland, and after finishing his professional practice exams in Windsor, John got a very exciting job as a young architect based in Norwich, with a firm responsible at the time for the architecture of both Norwich Cathedral and York Minster.

In the early seventies, John became a partner in a new practice based in Winchester. The practice is now 40 years old, so it’s been a long association. One of the original partners was Richard Plincke, now over 80; he gave up architecture to become a painter in the early eighties, and I think it was his work which really drew my interest to art. Richard’s studio was at the top of the practice building, and instead of taking a rent, the accountant suggested that each of the partners would once a year choose a painting. I did try painting myself, with Richard as a tutor, but soon found I had more aptitude for written appreciation of painting than actually creating pictures, and writing continues to be a creative outlet. It’s something which brings me joy, it’s something I do entirely for me, but it’s not yet reached a publishing stage.

I’d become very involved with the practice from early days, originally organising the architectural library, but later as the practice grew, I was developing the marketing and publicity, covering both the architectural and national press. That was something I really enjoyed, and it also involved running exhibitions of the practice’s work. So it was a very busy time for both of us; we bought a house on Dartmoor and commuted to Winchester weekly, but the travelling became too complicated, and about 12 years ago we bought Millers Barn here in Plush. At the end of a huge amount of remodelling work, the sight of pristine, bare walls gave me the idea of hosting an art exhibition. Our first one showed 6 artists, over a weekend, and it went so well that I repeated it the next year for longer. We’ve hosted exhibitions here every year, and then 5 years ago I was diagnosed with Breast Cancer.

Two years later, I particularly wanted to show the work of Dorset artist Harriet Barber, and when I went to see her, blown away by her landscapes, I discovered that she had just had a mastectomy herself and was halfway through chemotherapy. Later, Harriet had the idea that she wanted to have a solo exhibition of paintings and drawings of women with Breast Cancer, and asked me to organise it. I don’t think either of us had an inkling then of where the exhibition would take us. Between February and August 2010, Harriet drew and painted 24 Dorset women (and my sister from Somerset), aged between 35 and 80, who had suffered Breast Cancer and received varying types of treatment. It was always going to be a problem finding enough subjects who were willing to pose naked for an artist, but through the Macmillan Breast Nurse Specialists in Dorchester who really got behind the project, a wonderful number of women came forward when the benefit in terms of self-confidence and positive self-image became clear to them. We launched the exhibition here at Plush in September 2010, as Breast Cancer LIFE, and then it went to Poundbury Garden Centre Gallery in Dorchester, and on to the Malthouse in Lyme Regis.

Stewarding that exhibition, its reception from the visitors, who came from far and wide, was extraordinary. People were moved not only by the quality of the work, but for many of those who knew sufferers or had lost someone close it was a positive, life-affirming experience. The exhibition spent a month in Salisbury, then at the Lighthouse in Poole. Finally, the exhibition of 44 works, and 2 sculptures, Greta Berlin’s “Woman” and a stunning ceramic by Jenny George of a pair of knee-high high heel red suede boots worn by one of the ‘models’, was selected by the National Cancer Research Institute as the key visual element of their 7th Annual Cancer Conference, held in Liverpool. The venue was the BT Echo building on Liverpool’s waterfront, where party political conferences are held, and was absolutely huge. There were 2000 delegates from all over the world attending, who found it a wonderfully positive experience. It was the first time the National Cancer Research Institute had used art in this way, and it was a first for the venue, which had never installed an exhibition in their galleria before.

That experience was quite overpowering, to think that pictures of 25 Dorset women had been shown at a huge event the other end of the country. We owe thanks to the many people who helped with donations and generously discounted professional work. As a lasting legacy for the project, I’m in the process of creating a DVD of the whole story, including footage, shot by her husband Dan Thompson, of Harriet painting one of the ‘models’, and the people involved, and the ‘models’ as well as their images.

At the launch of the exhibition, held here, we had all but about 4 of the models attending over the weekend. When each one arrived, they were given a flower to hold, and my daughter photographed each one in front of their own painting. Those images are a powerful symbol of continuity for those women, something to hold on to at difficult times which can be very demoralising. When asked why she’d taken part in the project, our 80 year old ‘model’ said memorably: “because I’m here, and because I can”.