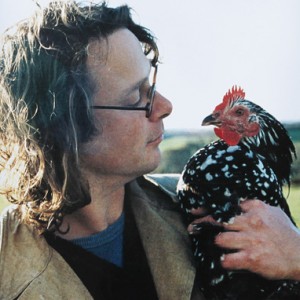 Photographer Simon Wheeler has reached a stage in his life that a lot of people will find very familiar: his children have all gone back to university and the house seems deathly quiet. For many, this is a time of reflection. It is a time when we can take stock and look at what we have achieved over the years, especially the ones that went by in a blur while our children grew from tiny pink dolls to confident members of the community.

Busily working on the launch of his first website, with literally tens of thousands of images at his fingertips – as well as buried in storage boxes – Simon is uniquely positioned to use an enormous body of work and experience to launch himself into the next phase of his career. He is also – perhaps not so uniquely – now able to muse on the missed opportunities of high speed youth. An opportunity to meet Lord Snowdon for example, was missed because he ‘simply couldn’t be bothered’. I suspect there are few of us that haven’t at some point realised how little we saw of life when we were too busy being busy. However, regardless of missed opportunities, Simon Wheeler can use a wealth of imagery to show he has made good use of exceptional talents in his career to date.

Educated at Headfort, a small prep school in Kells outside Dublin, followed by St Columba’s College, he never seriously thought about following the family tradition into medicine and even walked away from a place at Trinity College in Dublin. In St Columbus he ran the photographic club but was also ‘mad keen’ on sports, playing in both the hockey and the rugby firsts. “Academically I was pretty average” he remembers “and though I managed to scrape a place into Trinity College, I decided to come to London to pursue my interest in photography. In those days Ireland was a real backwater.” This was not before his flair for imagery got him a first exhibition in the Photographer’s Gallery in Dublin, where he showed black and white nudes of his then girlfriend, along with West of Ireland landscapes. He was recently asked to supply a couple of his first photographs to be hung at St Columba’s College.

He came to London, joined a studio and learned his photography in the old fashioned apprenticeship style, but quickly found himself sucked into the busy, exciting and heady world of advertising and editorial. He worked for big names like BAA, Swatch, Cat, Silk Cut, Range Rover and Wedgwood. He also worked prolifically for English and American House and Garden, French Elle, The World of Interiors, Arkitectur und Wohnung, Stern, Weltbild, Sunday Times, Conde Nast Traveller, Observer Life, Vogue and Tatler. He worked seven days a week doing both advertising and editorial and remembers the excitement of being busy. “When you’re in the mix of all those people – and we were all about the same age – it was a great buzz. And you all think you’re God’s gift to humanity – even I did, secretly”. It was part of the roller coaster ride of being freelance. “We were all totally passionate about what we were doing. We’d work till 3 in the morning, working weekends, cancelling our holidays and so on”. And although, for a time, his expertise gave him a lucrative career, he spent much of it shying away from the work that would eventually define his style. The bulk of his work in those days was still life. “I wasn’t a particularly confident young person,” he says. “If I’d had a bit more confidence I probably should have gone into more fashion and reportage work. Now after 15 years of doing still life I’ve gone back to that. That’s been a really good move, although financially it’s not nearly as well paid as still life.”

The reason he gave up still life was because he didn’t want to be stuck in a studio photographing a fig roll for three days. “I was completely detached from my children” he says. “I would come back in the middle of the night, never see them, all that sort of thing. It had to change”. It was that need for change that eventually helped create the style of food photography that makes his work stand apart from so many others. Most people here is the Westcountry will know him from his work on Hugh Fearnley-Whittingstall’s River Cottage books, however a few years before then, his first full book commission was Tamasin Day Lewis’s West of Ireland Summers. He remembers how the plan to photograph it all in black & white was changed after he had already left London and arrived in the West of Ireland to do the shoot. “I did have some reservations” he says. “I hadn’t even packed any colour film. In fact at one point I even said I wouldn’t do it, but Tamasin just said ‘Oh don’t be silly Simon, just go into the village and get some colour film from the chemist’, so I got on with it”. Although now out of print and hard to find, the book gives an early hint of the humour and personality that was to characterise his later work with Hugh Fearnley-Whittingstall. It is a relaxed, off-beat style that really brings a cookery book to life.

He remembers how life was at the original River Cottage in Dorset. “Hugh did lead a very, very simple life when I first met him. He was literally living in this tiny damp cottage by the river with his girlfriend. It was pretty rough inside, there were no frills at all. We produced that little book not knowing whether it would be any good or not. Now ten or twelve years on he has become extremely successful with all the things that that brings, but basically Hugh could crash down on a bit of an old sofa in a wooden hut up the Himalayas any day. It wouldn’t bother him.” The River Cottage Cook Book was hugely influential and won the Andre Simon Food Book of the Year Award, the Guild of Food Writers’ Michael Smith Award and the Glenfiddich Trophy and Food Book of the Year.

Simon has gone on to collaborate with Hugh on all the major River Cottage books and also brought his keen eye to books by Heston Blumenthal, Monty Don, Lindy Wildsmith and Anthony Demetre, to name a few. His style is utterly unique, bringing a depth and character that elevates good writing, brings life to recipes and helps carry a narrative that wouldn’t necessarily be there without him. His work adds extra levels of personality to each book. I asked him how that style developed. “I just didn’t want to lug all that equipment around anymore” he laughs. “But the truth is it was also a way of getting away from the tediousness and technicality of still life. I decided to kick all that technical stuff into touch. I wanted to get to the moment. You want to get under the skin of whatever the project is and go about it your own way. You try and work together with the person your working with and think, ‘How can I best try and tell this story’. And I developed a style that I think is really a slightly glamorised snapshot.”

Glamorised snapshot may be a good description but it is also an obvious understatement. His work manages to combine honesty and humour whilst portraying the positive side of his subject. He uses the example of photographing an animal being slaughtered. “I don’t really want to make it look like hell” he says, “because you could so easily do that. It’s so easy to make it look awful. It’s actually much more difficult to make it look real but quite optimistic. So what I try to do is to tell real stories, but just make it optimistic instead of deeply depressing.”

Lately he has turned his talents to design and production, photographing and designing company reports and books such as Medina Kitchen, a North African food and travel book, plus a brochure for Anta, produced on location in Lapland. Simon can be contacted on simonwheeler@onetel.com.