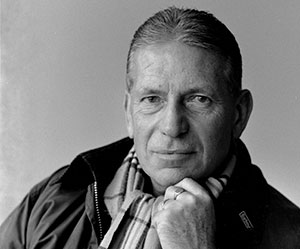 Wally Weeks was born in Shawford, Hampshire in 1948 and now lives in Godmanstone, in the Cerne Valley, Dorset.  Wally is a chartered civil engineer, and works as a consultant specializing in public water supply. He was awarded an MBE in May 2005, for his work in Iraq, restoring war-damaged water supplies. Wally takes up the story:

‘Born into a railway family, I grew up in the age of steam. My grandfather, who was originally from Poole, was a steam train driver who regularly drove the ‘Bournemouth Belle’ to and from Waterloo. My father rose through the ranks at the Eastleigh railway works, and was a manager during the time that the renowned Merchant Navy, West Country, and Battle of Britain classes of locomotives were built.  A beautiful example of that locomotive can be seen chuffing along the line between Corfe Castle and Swanage.

Christened Warwick, my schoolmates shortened my name to Wally, which seems to have stuck. There have been moments when I have had to remind folks that I was not christened a real Wally! School was an ordeal until 15, when fortunately a new physics teacher inspired my class.  With a simple practical demonstration, I remember him showing the difference between temperature and heat. From then on, I began to find science exciting, and my career path was set.

After graduating from Salford University in 1972, I took a job in the Water Works Department at Bath Corporation. The Corporation was later amalgamated into Wessex Water Authority, who transferred me to the Dorchester area. Working in the Wessex Water region was a marvellous learning experience, and formed the basis of knowledge for my international career. Whilst working in Dorchester, I acquired the old milking barn at Field Farm, Godmanstone, one of a group of dilapidated farm buildings, which had permission for conversion to a dwelling. The flint-walled structure provided some “grand design” challenges, but now seems to be a blend of old character together with more modern creature comforts. I carried out quite a lot of the building work myself, between international assignments.

Since 1981 I have worked mainly overseas, and mostly on assignments for the British Government. I have had the opportunity to work in five continents, and in numerous countries, providing assistance in the water sector. Sometimes the assignments are large, working in cities with populations of millions, and sometimes working in remote rural areas on small self help projects. The nature of the work has shifted over time, from construction of new water systems to more institutional reform projects. Usually the technical solutions are straightforward, but encouraging local utilities to run efficiently and reliably can be much more of a challenge.

More recently I have been working in Iraq, and for those duties was awarded an MBE. I found working with the Iraqis an absolute joy. They were hardworking, very keen to learn new technology, and eager to carry out works to improve their standard of water supply.  My team and I would suggest ideas, and the Iraqis would contribute and make them better, thus leading to the perfect solution, with the ownership anchored with the Iraqis, where it belonged.  This desire for innovation and motivation to succeed is not always found in developing countries.

My Canadian-born wife Pat and I like to join in and support village life whenever we are in Godmanstone. Our contributions are a bit intermittent, but we try to be involved in community life when we are home. I served as Chairman of the Village Hall Committee during the late 1990s, and am currently supporting the campaign to calm the traffic through the centre of the village. We have a son called Dwight in Canada, who is married to Tracy, with a grandson Joshua who is two years old. I still have family in Hampshire whom I regularly visit.

I am not planning to retire. I hope to visit Nova Scotia soon to find the grave of my great uncle, Sydney Holloway, who perished on the Titanic. Uncle Sydney, who was 20, boarded the Titanic in Southampton as an assistant clothes presser. I’m looking forward to finding out more about his life.’