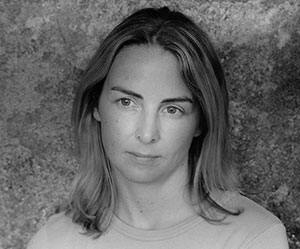 Julia Mear grew up on Fawnsmoor Farm in Axminster, Devon, a holding farmed by her family for three generations. She now lives a few miles away at Kilmington. Julia takes up the story:

“I’ve lived in the picturesque village of Kilmington for ten years.  It’s a traditional East Devon village, with a friendly community. It still has two thatched pubs, and a village shop that has been owned by the same family for over one hundred years. The things that are important to any community are still here: the school, church, chapel, farm shop, filling station and garage. The village cricket team, which has had only three secretaries during the past hundred years, is an asset.

I have a close family network around me, and I’ve always enjoyed listening to individual family stories – it’s so important to discover where we come from and how our families lived. It grounds us and gives us a sense of who we are. I’m now in my early thirties and my life is quite different from my forebears.

My grandmother (nan) grew up on local farms where they had all kinds of animals: pigs, sheep, cows, hens and two carthorses, Smart and Duke, who did all the heavy farm work. Nan was very fond of the animals, and as a child she was known to nurse the odd orphaned piglet under her bed. Nan became the first woman chairman of Axminster Young Farmers Club. During a railway strike, probably in the 1930s, no milk could be taken out of Axminster, so great grandfather opened a shop in Chard Street, Fawnsmoor Dairy. Until recently the sign could still be faintly seen.

Nan married a local farmer in 1936; he was originally from Ashill in Somerset. They had four children and farmed at Fawnsmoor until the late 1960s, then my mum and dad ran it as a dairy farm.

My mum’s family was one of the first to be housed in the American- built Nissen huts at Millwey Rise, Axminster. The huts were provided as temporary accommodation in 1948, at the end of World War Two.

My mum’s father was an AA man (Automobile Association) on the Axminster to Bridport beat, posted at Hunters Lodge. He started his AA work in 1950 with a yellow BSA motorcycle and sidecar, and later, a yellow mini van. It was the custom for AA men to salute all motorists displaying the AA badge.

My own childhood, growing up at Fawnsmoor with my sister and brother, brings back fond memories. In the winter of 1976 we were snowed in and had to take our milk up our winding lane for the tanker to collect. The highlight of all this was being taken to our local primary school on the tractor and trailer – we were the envy of all our school  friends.

I went on to Colyton Grammar School but found it quite inconvenient when exams coincided with haymaking time; I always wanted to be helping collect the hay bales from the fields before it was too dark, as it was bound to rain the next day.

After school, and a few short-term jobs, I set off to work as an au pair in Morges, Switzerland, looking after three French-speaking young children. At first, we communicated using signs and drawing pictures, but by the end of the year my French was fairly good. It was great to learn another language. I returned home to attend nursing college in Winchester but only lasted a few months. I missed life in Switzerland, so returned again the following year.

When I came back to Axminster I worked as a nanny for a family with four lively children. I loved working with children, but felt I wanted a more permanent career. Ten years ago, I started work with Axminster Power Tool Centre and now work part-time as Human Resources Manager.

For as long as I can remember, I’ve had a keen interest in black and white photography, a passion shared with my grandad. But most of my time is spent with my beautiful two-year old son, Jack. Yesterday, we were over at the fields picking blackberries and exploring the wildlife.  For me, farming and family life in Devon will always be very special.”