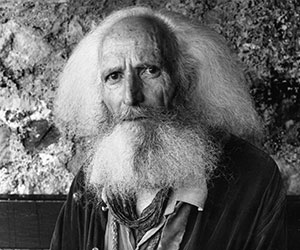 A resident of Beer in East Devon, Michael Walton was born in London, in 1932. He went to a school founded by his mother, in Beaconsfield, Buckinghamshire. When Michael was eight, he heard a reading of a letter written by the founder of the Order of the Cross, John Todd Ferrier. This began the inspiration for his life’s work. From then on, the wonder of Ferrier’s message was with him throughout his childhood and as a young man.

Michael studied music and craftwork with Dolmetsh, later he spent three years at the Royal Academy of Music where he came under the personal influence of Vaughan-Williams. The three years 1969-72 were spent creating music at Emerson College, with students of the Michaelic Impulse and under World Vision of Rudolf Steiner.

In 1975, he began his career as an author and has published twenty-six titles. The final volume, Grail, has been read aloud in the Anchor Inn, Beer, his second home.

Now, aged 72, he plans to retire or perhaps find a new career. He was dubbed ‘Bard of Beer’ two years ago and now feels that even more accomplishment is possible.