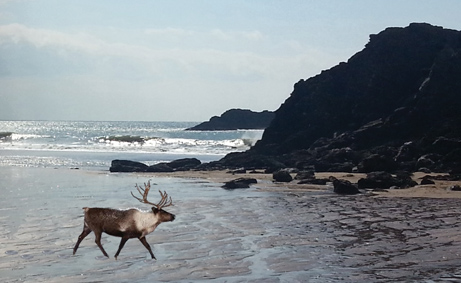 Any day now, they’re going to start arriving. It’s a widely recognised signal and a warning icon. It is just like the first cuckoo in Spring (although I haven’t heard any cuckoo in Dorset over the last ten years) or perhaps the appearance of the first Easter egg on a supermarket shelf (nowadays that’s early January). The arrival of the first Christmas card is a reliable indicator of the onrush of festivities and an outbreak of Reindeer fever. In our house, it’s become a contest—a race to see who will send us the first card. I wonder, this year will it be my faithful sister Penny, my old doddery uncle Len or it might even be Chris—my nice new neighbour at number 36?

It’ll probably be my sister who is so organised about Christmas that by now she will have already done all her Christmas shopping and wrapped everything up. I HATE the way she does this—it is just too structured, too super sensible. Is there no room for last minute improvisation, no room for a bit of dash, panic or (dare I say it) even ‘fun’? She almost certainly ordered her turkey back in March to make sure she wasn’t left out.

It’s unlikely to be my old uncle Len as I haven’t seen him since 1987. His last known address was an old rectory somewhere in Northumberland and I would have thought him deceased long ago were it not for the reliable arrival of his annual card that both reminds me of his continued existence and stokes my guilt at not having made more of an effort to see him!

As he doesn’t possess a computer, at least he won’t be sending me a digital E Card by email. That’s the worst form of card as it shows you whoever sent it really doesn’t give a fig about you. Rather than spending hours scribbling them by hand (and spending a Prince Andrew’s ransom in stamps) they just clicked on ‘send’ and you got included in a bulk despatch of 500 so-called electronic greetings. If you are going to send out cards, please send out the real thing—in an envelope. Otherwise, better not to bother at all and you’ll please Miss Greta Thunberg who probably wouldn’t approve cutting down all those trees to manufacture Christmas cards. However, I’m a traditionalist and I like cards but I don’t have her address. I’m sure she’d get my card if I addressed it to Greta, Planet Earth (care of Sweden) or something… This year she might get even more cards than Father Christmas.

And now for the most popular image on the card… yes, you can play this game too! Every December, my wife and I hold a sort of seasonal art contest. Each Christmas we make a list of the leading contenders and then categorise them as they plop through our letter box. Last year I can reveal that all traditional Nativity scenes came fifth. This included any shepherds and wise men plus Mary and a baby Jesus—whether in a manger or crib-less. Extra points are gained by adding up other animals gathered around the main event such as oxen, sheep (one point each) or a camel (2 points). Points are deducted for reindeer (historical inaccuracy—no reindeer in the Bible). Anyone including a dinosaur round the manger because of our proximity to the Jurassic Coast is barred from entry as it would have eaten up all the shepherds and probably Joseph too. Not very Christmassy really…

Fourth prize went to Victorian village scenes, often with added snow, coach and horses. In an attempt to stay local, some pictures had images of Exeter cathedral or Olde Crewkerne in the background. Please note the ‘e’ at the end of ‘Olde’. It’s important. A view of the Waitrose car park in Crewkerne would not have qualified as a traditional Christmas card—even if it had a sprig of holly in the top right-hand corner!

Third prize goes to any number of reindeer on a card. Sometimes these have an added sleigh or a Santa Claus but they’re not essential. No matter how many reindeer, just one puts the card into this third category. Sometimes the reindeer can be standing quietly on a roof while Santa’s legs can be seen disappearing down a chimney to do his business. I never knew he went down head first.

Second prize goes to Angels—our runner up is nearly always an Angel. Please note this includes any sort of Angel or Cherub or Cupid or even the Angel Gabriel (the boss Angel). You lose five points if there’s a fairy or a unicorn. It has to a real ethereal presence, not some plastic pink gossamer apparition. It has to be a true Angel. With wings. And please make it a suitably adoring one to satisfy traditionalists.

All of which leads me to reveal last year’s winner which was… a robin. Yes really. Every year our most popular Christmas card is always a red robin. Robins are universally popular and safe – either sitting on a garden spade or cocking its head sideways at you in a jaunty “Hi there, it’s Christmas!” sort of way. They are chirpy comforting little birds and can never offend different religious or political views. Although perhaps this year, with a looming Brexit and a General Election to help confuse the Christmas message, perhaps a picture of a pterodactyl swallowing a Santa Claus might be more appropriate. You could always try putting a robin perched on a reindeer with an adoring camel in the bottom corner—just to try and earn a few extra points.