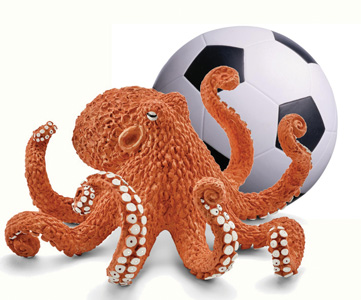 We live in troubled times—particularly as there are so many future unknowns. Shock Horror… By the end of 2018, who will be our Prime Minister? Will Trump still be President after the November mid-term elections? Will Brexit happen at all and—if it does—will I recognise it? Will Exeter City finally gain promotion to League Division One? And, after 205 weeks in the Billboard charts, will Ed Sheeran still be in the top ten by Christmas? And—if not—should I care?

Yes indeed. Answers to these and hundreds more vital questions remain hidden in the misty Future. But I can easily give you a clue as to what might happen because I will consult my trusty fortune teller ‘Kipper’. Kipper is not a fish, smoked or otherwise. He’s a beautiful dog—our family forecasting lovely lurcher and he is pretty reliable most of the time. OK, well… for some of the time anyway, when he’s not rootling about in our flower beds.

No doubt you’ve realised I ‘m trying to cash in on the global fame of other well-known prediction experts such as Paul the Octopus, Nelly the Elephant and Achilles the Cat. If these names are unknown to you, let me explain… Paul achieved Global Guestimation Glory eight years ago when he correctly predicted the results of footie matches during the 2010 World Cup. His success rate was reported as 85% which is impressive. Before each match, he was given two glass jars with tasty fishy snippets inside. Each jar was labelled with the opposing teams’ colours and whichever one he opened first was forecast as the winner. His foretelling success brought him fan emails and tweets from around the world but it also brought him hate mail and an outbreak of nasty online trolls. When Paul correctly predicted that Germany would beat Argentina, a top Argentine chef posted an octopus recipe on Facebook. Fans of opposing countries even sent him sushi-related death threats. Sadly, Paul has now passed away from natural causes in his aquarium tank in Germany, but I am paying homage to him here because we desperately need an accurate forecaster like Paul to tell us what’s going to happen in the World and also because (somewhat surprisingly) he was born at Sea Life in Weymouth. So, he’s definitely a local hero.

Nelly the Elephant had a bit of success in Euro 2008 when she kicked a football into labelled goals and she was followed by Predictaroo the Kangaroo who did so well at the fortune hopping game that she ended up with over 16,000 followers on Twitter. Yes, really—it’s true, but neither could match Paul’s celebrity status. And this year’s recent World Cup was disgraced by the arrival of Achilles the Cat, a congenitally deaf white moggy who (according to his Russian owner) was more accurate because his deafness makes him able to concentrate on the match in hand… This (you will be glad to know) was utter rubbish as his success rate plummeted to under 50% after Russia was eliminated.

Frankly, they would have had more accurate forecasts if they’d called me. I offered Kipper two identical bowls of dog food labelled England and Panama and he obliged by scoffing the England one in double quick time. As you may recall, England beat Panama 6-1, so that’s what I call a Result! He had other successes too including a warning that Croatia might be rather better than we were led to believe. I could have made a fortune if I’d listened properly to my dog! Obviously certain animals have a gift of second sight and are able to look into the future, so it’s basically a question of finding out which animals are best at it by a process of trial and error.

I would recommend trying all sorts of local wildlife in a bid to uncover any regional prophet(s). Seagulls landing on different coloured cars, mice nibbling bits of cheese, hamsters on wheels going anti or clockwise, goldfish swimming towards or away from marked labels… any method might work. I tried to ask a sheep’s opinion as to whether Brexit would take place next year, but it got bored and went back to gobbling the grass because it took too long to ask the question. I wondered if a passing chaffinch (very handsome) could choose between labelled sunflower seed or suet on my bird table, but it flew off and never returned which made it statistically unreliable. Maybe a slug would offer more accurate predictions, but I rather doubt it. This morning I offered Kipper a food bowl labelled ‘Donald Trump’ but he went straight out to the garden and did a poo. Perhaps this says it all. Only time will tell.