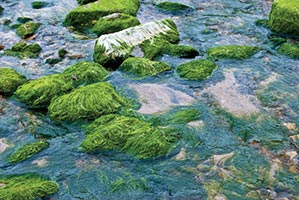 In 2010, the Royal Society compiled a list of the ten most influential female scientists in British History. One of the ten was Mary Anning (1799-1847) who from humble beginnings in Lyme Regis came to be recognised as the “greatest fossil hunter ever known”. Her discoveries of long extinct, fossilised creatures in the cliffs around Lyme Regis were central to the development of new ideas about the history of the earth at the start of the 19th century. She became an expert in her field but did not get the recognition she deserved because science at the time was an exclusively male profession. Nowadays she is receiving this recognition and the fascination of her story has spawned biographies, novels and children’s books. The Lyme Regis Museum has well-developed plans to build an extension, to be called the Mary Anning Wing.

I had thought that Anning was the only prominent West Country female scientist of her time until, walking along the coast path near Torquay recently, I paused to read an information board. This included a panel dedicated to the work of Amelia Griffiths (1768-1858) “who collected and preserved nearly 250 species of seaweed ……. one of the first women to be recognised for their contributions to science.” Never having heard of Griffiths, my interest was piqued, especially when I discovered that, in the 19th century, she was described as “facile Regina—the willingly acknowledged Queen of Algologists”. [Seaweeds are large multicellular marine algae.] So who was Griffiths and what did she do?

Amelia Warren Rogers was born in Pilton, North Devon in 1768. In 1794 she married Rev. William Griffiths and the couple moved to Cornwall. Eight years later, her husband died suddenly under mysterious circumstances leaving his widow with five young children but not without money.  Amelia Griffiths decided to leave Cornwall for Devon, living first at Ottery St Mary before settling in Torquay where she could best follow her favourite pursuit of studying seaweeds.

For much of her adult life she collected seaweeds avidly: in north Devon and Cornwall, in Dorset and along the East and South Devon coasts. When she began, identification of species was difficult as many had not been named or clearly described so Amelia devised her own names—“bottle brush”, “cobweb” etc.  She helped male seaweed enthusiasts in producing scholarly studies on the larger and smaller seaweeds, generously giving her knowledge and donating samples. One such enthusiast was the leading botanist William Henry Harvey with whom she corresponded and who eventually became a close friend. Her reputation grew and in 1817, the Swedish botanist Carl Agardh named a genus of red seaweed Griffithsia in her honour.

Dried samples of seaweeds collected by Griffiths are held in several museums including Kew, Torquay and Exeter. Exeter’s Royal Albert Memorial Museum holds three slightly battered leather-bound volumes of her seaweeds which I recently had the privilege to see. Each sample is mounted on stiff white paper and annotated with the name and location in Griffiths’ neat handwriting. Many of the seaweeds still retain their bright colours despite being collected more than a century and a half ago.

Griffiths was often accompanied on her seaweed sorties by Mary Wyatt, formerly a servant in the Griffiths household but eventually the proprietor of a Torquay shop selling shells, polished madrepores and pressed plants. Harvey encouraged Mary Wyatt to sell books of pressed and named seaweeds to help identification. Supervised by Amelia, she produced the first two volumes of Algae Danmonienses (Seaweeds of Devon) by 1833.  Each volume contained 50 species and cost 25 shillings or £1 if you subscribed to the series. The books sold well, being partly responsible for making seaweed collecting the must-do pastime at seaside resorts in early Victorian Britain. Followers of this seaweed craze were able to explore nature, improve their scientific knowledge and perhaps produce a memento of their seaside holiday.

Despite their extensive correspondence, Harvey and Amelia Griffiths did not meet until 1839 when he visited Torquay. At her urging, he wrote a hand-book of British Marine Algae later expanded to Phycologia Britannica, illustrating all known British Marine Algae. This great work required constant correspondence with Griffiths who despite being in her late 70s provided extensive knowledge of the plants in their natural state.  Harvey held her in high regard and his hand-book contained the following dedication: “To Mrs Griffiths of Torquay, Devon, a lady whose long-continued researches have, more than those of any other observer in Britain, contributed to the present advanced state of marine botany….”

The more I investigated the story of Amelia Griffiths, the more I found similarities with Mary Anning. Both were systematic collectors, acquiring immense expertise in their fields and passing on samples to male scientists who furthered their own careers as a result. Both were strong women who pursued their interests whether or not these conformed to norms of society. Griffiths is known to have collected at Lyme Regis so perhaps she encountered Anning on the beach; it is an interesting thought. Anning is now better known, partly because her discoveries were much more significant for science and partly because of the well developed Mary Anning-industry in her home town.

Griffiths lived until nearly 90 maintaining her passion for seaweeds to the end. We must not forget that she began her systematic study of seaweeds in the early years of the 19th century, a time when women could not develop independent scientific careers. Despite this, she made a major contribution to marine botany and deserves to be more widely known.

I should like to thank Holly Morgenroth of the Royal Albert Memorial Museum, Exeter, who showed me Griffiths’ books of seaweeds.

Philip Strange is Emeritus Professor of Pharmacology at the University of Reading.  He writes about how science fits in to society, hoping to bridge the gap between science and public understanding of science.  His work may be read at http://philipstrange.wordpress.com/