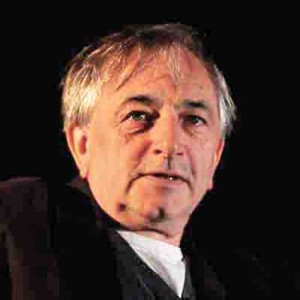 Film director Bill Forsyth doesn’t watch a lot of movies. In fact, a boxed set of about a dozen classic films, given to him by a friend a few years ago, makes up the bulk of his DVD collection. His spare time is more likely to be spent reading, writing or thinking through the detail of future film projects. Director of such memorable films as Gregory’s Girl, Local Hero and Housekeeping he will be coming to Bridport in April to participate in Bridport’s unique Film Festival ‘From Page to Screen’. It is one of many film festivals that Bill has attended in recent years which has become a pastime that he laughingly says if he’s not careful, could turn him into someone who actually likes watching movies. However that doesn’t necessarily apply to his own work. When he comes to Bridport he will talk about his film Housekeeping with festival curator Jonathan Coe. Although he tells me it is probably his favourite of the films he has made, he finds watching his own work an uncomfortable experience. “It’s just not an experience I like.” he says. “Even just after the films were made – and I don’t think I’m unusual in this – I didn’t like to see them. You just see all the flaws, all the things that weren’t how you wanted them to be. You enjoy the nice bits but you mostly remember where something better could have happened.” When he met film critic Mark Kermode on the set of Local Hero 26 years after it was made, and watched it in the local village hall with a hundred local people, he was watching the film for first time since its release.

It’s an experience that most artists feel after their work has gone into the public domain and it must be doubly harrowing for those whose written work is then taken into a different medium. The vision behind the Bridport Film Festival is to highlight films that were adapted from previously published books, and Housekeeping was Bill Forsyth’s first foray into adapting someone else’s work. He actually optioned the book himself. He says: “An actress friend had recommended it to me – it took me a long while to realise that she probably wanted a part in it. Anyway I got the book and fell in love with it really. It was a fairly difficult process because I had never adapted a book before. The only reason I made the film is because I love the book so much.” But although the film is described as ‘a faithful adaptation’ of Marilynne Robinson’s novel, he had no worries about how his interpretation might have been perceived by the author. They met several times to discuss the work and as Bill points out: “I don’t think anyone could try to do anything else with that book. It was what it was. I think she knew that anybody who was going to be interested in it was going to be interested for the right reasons.” However that doesn’t mean that the film wasn’t a process of original work. “You actually get quite possessive and quite selfish about how you see it” he says. “And I think most novelists aren’t particularly precious about their work when they hand it over – because they can’t be. Adapting any kind of work to a film is such a violent process. I think it was one of the classic American novelists who said ‘There’s only one way to deal with this. You drive to the Californian border, throw your book over the fence and then you drive home – and wait for the cheque.’”

Bill Forsyth is not by any means a prolific film maker but the films he has made show an attention to detail that creates the sort of depth so lacking in much of what cinema-going audiences are fed today. Born in Glasgow next to the river Clyde, his father worked in the shipyards and Bill applied for what few jobs there were available to him as a youngster. One of them was for a local documentary production company which was making films before sound recording was available. Consequently people didn’t feature much in those films, so when Bill got the opportunity to make his own features he tried to bring out the little bits of individuality of every character. I asked him if he was always attracted to eccentric characters. “I feel that everyone is an eccentric and all that I try to do is bring out individuals, whether they are a main character or not. And it comes across as eccentricity because in most films the standard is to have two or three main characters who are painted very vividly, not in a naturalistic way, but in a vivid way for the sake of the narrative. So the smaller characters don’t really have much of a profile. I think it’s a little device that I cooked up to make all the characters more interesting. It comes across as eccentricity but in a funny way it’s the opposite of that – it looks eccentric because it didn’t happen a lot in movies. The whole idea of movies in those days was that they were kind of clichéd, so you knew what to expect. I think if you took the time to get to know anybody on the planet you would find things that you might term as eccentric about them. We all just wear a lot of masks to hide it from the world anyway. It’s easier than having to explain yourself everywhere you go.”
A quiet and relatively shy man Bill Forsyth could never be seen as the bullying type of Director and he is somewhat bemused by the fact that he is touted as some kind of founding father of the Scottish film industry. “It’s strange to be given a label and apportioned a place in history” he says. “It was a very common thing in my generation for people to leave home if they had any kind of ambition. In fact it was necessary, especially if you had an eccentric ambition like working in film. It wasn’t a conscious decision for me to start a film industry – it’s just that we were the ones that didn’t have the wherewithal to leave the place. We ended up having to make the films here rather than go somewhere else to make them.”

Today he is working on ‘a few projects’ but has seen a huge change in the way these things develop. He says: “The industry is changing so much even in terms of where you would go for finance. There are so many tie-ups and so many different sources and different countries that producers have to pull together. It’s such a complex process that you really have to hook up with a good producer and hang onto their coat-tails.” And although the industry may have changed, the film-making formula seems to be hanging in a time warp. He says: “The whole thing about a feature film is there has got to be what the American studios would call a ‘journey’. The main characters have got to be better, or smarter, or richer, or happier in the end, than they were in the beginning. The underlying message is that you have witnessed the character grow in some way. Whether it’s because of adverse situations or whatever, the idea is that the main characters have made a worthwhile ‘journey’ at the end of the day. And that’s the thing that I enjoy disputing really. Because I can wake up today and make exactly the same mistakes I made yesterday.” His comment carries a poignant reflection on the society we live in, where even the biggest lessons in history don’t seem to stop us making the same mistakes again.

Bill feels that he is still ‘a journeyman film maker, still trying to get projects and still writing every day and reading and thinking.’ Writing is for him the most enjoyable part of the process of film making. But his perception, sense of reality and sense of humour are starkly missing from the industry’s day to day churn and I know that I am just one of many that are eagerly awaiting the results of those ‘few projects’ that he is working on.