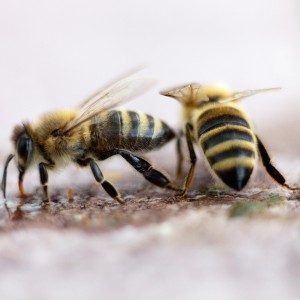 Tracking down photographer Christian Barnett is no simple task. As a food photographer he is much in demand, however his love of travel is as likely to keep him on the move as much as his love of photography. When we caught up with him recently in between locations, he had just finished working with chef and food writer Valentine Warner and was dashing off to his next job with chocolate maker Willie Harcourt-Cooze in Devon. “I seem to spend half my life on either the M4 or the A303” he told me. “At least every other week I am shooting in the South West”. He doesn’t see that as any surprise, pointing out that the area is brimming with great food producers and writers. But the time spent travelling from his home near Cambridge to photographic shoots is not what he means by a love of travel. In his career to date he has compiled an enviable collection of photographs from countries as diverse as the United States, Columbia and Morocco as well as the more northern climes of Norway, Iceland, Finland, Sweden and Alaska. A diverse range of locations, but then, as Christian cheerfully admits, that was one of the driving forces that helped him choose a career as a photographer. “In many ways it’s a valid excuse to do anything” he says. “I have been able to have these experiences of meeting amazing people simply because I have a camera in my hand.” A project he has been working on, which took him into the homes of the Inuit in Alaska, highlights what for him is one of the features of his job. “When I travel I am attracted more to the people of an area than the landscape. It’s a really amazing experience to be able to go somewhere for a few days and to spend that time going into people’s houses. People accept you because you are a photographer. There are very few other scenarios in which that would be allowed to happen, or where people would welcome you in the same way.”

Echoing the very sentiment that launched this magazine, Christian says that food photography, although partly about food is, for him, more about the people involved in the industry than the food itself. He loves photographing people, especially what he calls “ordinary people doing extraordinary things with food.” His first foray into taking photographs however had very little to do with people or portraits, although in a quirky way it did include food. He remembers being given his first instamatic camera when he was about ten year’s old and about to go on holiday. Instead of taking the holiday snapshots his family expected, when the film was developed they found nothing like that. “I had photographed things like tins of dog food and commercial pack shots” he remembers. “I had these little Star Wars toys and I had built little film sets and photographed them. They were sort of odd photographs for a ten-year-old and they were always out of focus because you could never get very close to a subject with the old instamatic. I think everyone was a bit surprised when they were developed to see pictures of dog food and toys instead of holiday snapshots.”

He progressed to developing his own film in the family bathroom. Saturday afternoons meant noone could use the bathroom while Christian blacked out the window and locked everyone out. “I came to photography from a slightly lateral point of view” he says. “I am interested in the whole process of what happens while taking a photograph, more than just the photograph itself.” He is not interested in the technical process but has always appreciated the magic that occurs in the darkroom, “the brilliant experience of processing film.” He eventually progressed from the bathroom to having a permanent darkroom under the stairs and the need to immerse himself in the full experience of processing film meant wherever he lived he had to have a darkroom; in the coal shed at his first home in London or in the kibbutz he lived in whilst travelling. A very keen cyclist at one point he even decided to photograph every village in Northumberland.

Born and raised in Newcastle he studied photography in school but it was thanks to an “excruciatingly dull” Geography A Level that he decided to enrol on the photography course at the next door Art College. “I remember watching all these cool people going into the College next door and decided to go and enrol.”

As a passionate traveller Christian had wanted to be a travel photographer, but it soon dawned on him in his early days as an assistant, that he wouldn’t be able to make a living doing that. By chance he made contact with an old friend from college days in Newcastle and suddenly found himself on a plane to America to photograph a story about American whiskey. Since then food photography has helped him enjoy the travelling he so wanted to do.

Unlike many artists Christian is not influenced or inspired particularly by art, painters or photographers, he finds in many cases he is more inspired by the lives of the people around him and those he meets on his travels. One case he remembers is a trip to South America. “This time last year I went to Columbia and visited a farm that had been under FARC guerrilla control for about thirteen years. The head of the family had been kidnapped at one point and they had been forced to grow Coca for cocaine production. Eventually the Americans had come in and sprayed all the Coca crops to kill them off and the family had planted Cacao trees to process cocoa instead to sell for chocolate production. It was one of the most humbling and inspiring stories I have worked on. This family’s resilience and their excitement about the future was truly amazing.”

That’s not to say that the chefs and producers that he has worked with are not as inspiring, however as Christian points out, you don’t often get to spend much quality time with many of those being photographed. There is so much going on that must be done in a defined short period of time. He has been fortunate to work many times with Michel Roux Jr whom he holds in high regard saying, “He is a genuinely amazing person, a really, really lovely man. He is so down to earth and yet so inspiring – so talented that he doesn’t need to make a point of it – a quiet gentle man.” He has also done the last four Hairy Bikers books. “They are great fun,” he says. “The first time I worked with them I found them incredibly frustrating because I couldn’t get them to do anything I wanted. But then I realised that you have to just stand back, let them do what they’re doing and photograph what goes on.”

Outside of his food photography, since 2006 he has been working on a book of photographs of people living along the Arctic Circle. “One of the reasons I chose to do that particular project” he says, “is that I have a soft spot for the North. I like travelling in cold countries, Scandinavia in particular.” He is hoping that a book of the photographs will be published in the near future, and although he sees the need for photographers to be adept at making moving film as well as stills, something he has been working on for a while, a final comment about the Artic Circle project helps to illustrate a philosophy that will no doubt allow him to carry on his successful career. “This project is fifty percent about photographing people but also fifty percent about me having a great time meeting them.”