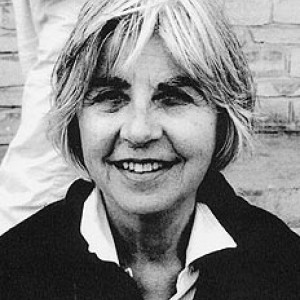 It is often said that fate can turn lives upside down. In the case of Lyme Regis based playwright Ann Jellicoe, it could be said that fate played a hand in helping her to affect the lives of many people. One day, she and a friend decided to jump in the car and head west. They hadn’t decided where they were going, just simply that they were going west. As it happened they ended up in Dorset, staying for a week in a quiet hotel in Charmouth. Although that wasn’t where she eventually came to live, it was the beginning of an interaction with Dorset community that was to touch the lives of a great many people. Ann eventually moved to Lyme Regis and introduced the idea of what is now called the Community Play. She went on to produce more than a dozen plays for different communities across the South West. In September she will be recreating some of the excitement and drama of one of those plays The Western Women at the Marine Theatre in Lyme Regis.

She remembers how the whole idea nearly didn’t even get off the ground. “I was getting very fed up with theatre, it just seemed to be a peripatetic audience of perhaps half a million, but nevertheless not really touching anybody very much. And I thought I’d love to work with kids in schools. So I went to a school in London but very wisely they wouldn’t let me in. You know it was a tough London school, and I’m very glad they didn’t, because I think it would have killed everything for me and for the form.”

For many the rebuff may have killed off the idea altogether but not long afterwards Ann moved to Dorset and introduced the play to the Woodroffe School in Lyme Regis. Here the idea again very nearly floundered. It was initially met with enthusiasm but faltered with a mixture of internal politics and the fear that the school might find it too big a project. Ann persevered and remembers how she generated interested in the project from further afield. “One day I picked up the script again and said this is ridiculous,” she says. “This is a very good play! At that time I was chair of South West Arts Drama so I had a lot of contacts throughout the South West. I went to Medium Fair and they said they would help with lights; they would help with stage management; they would even help with an actor if I wanted one and the University of Exeter said their students would help with the stage management. I got a designer who had just finished her course; I got a little bit of money from South West Arts and the Lyme Regis Amateur Dramatic society agreed to help. So I went back to the school and said look we’ve got all this help it’ll be great!” This was the point where a school production began to reach out to the community and the concept of community play was born. Ann says “The great thing about a school is that it reaches into an enormous number of households, so it was extraordinarily easy to get help. And the Mayor and corporation backed it. They lent chairs from the Town Council etcetera and a local builder lent a lorry. We delved right into the community. And all the time I was learning the principle and then somebody at Medium Fair said, well you must have an interval, because that will mean coffee, and then you’ll involve more people. And I suddenly realised – we are on the role of creating jobs. But the community involvement was huge and that was when I coined the term Community Play.” The play was an enormous success and the principal has been copied many times since. Ann afterwards wrote a book that has helped others take the concept forward Community Plays: How to put them On published by Methuen in 1987.

Although her career in the theatre shone long before she began doing Community Plays, her affection for the project is enormous. “It was more fulfiling than anything I’ve ever done in my life” she says. “And one really has a feeling that you are stretched just as far as you could be. And it’s a wonderful feeling.”

Born in Yorkshire Ann remembers wanting to work in theatre from the age of four. She trained as an actor, worked as a theatre director and during her association with the English Stage Company at the Royal Court wrote her first commercial success The Sport of my Mad Mother in 1958. This was followed by The Knack in 1961, a comedy centred about the sexual competition between three flatmates. The Knack was hugely successful in many countries as well as America