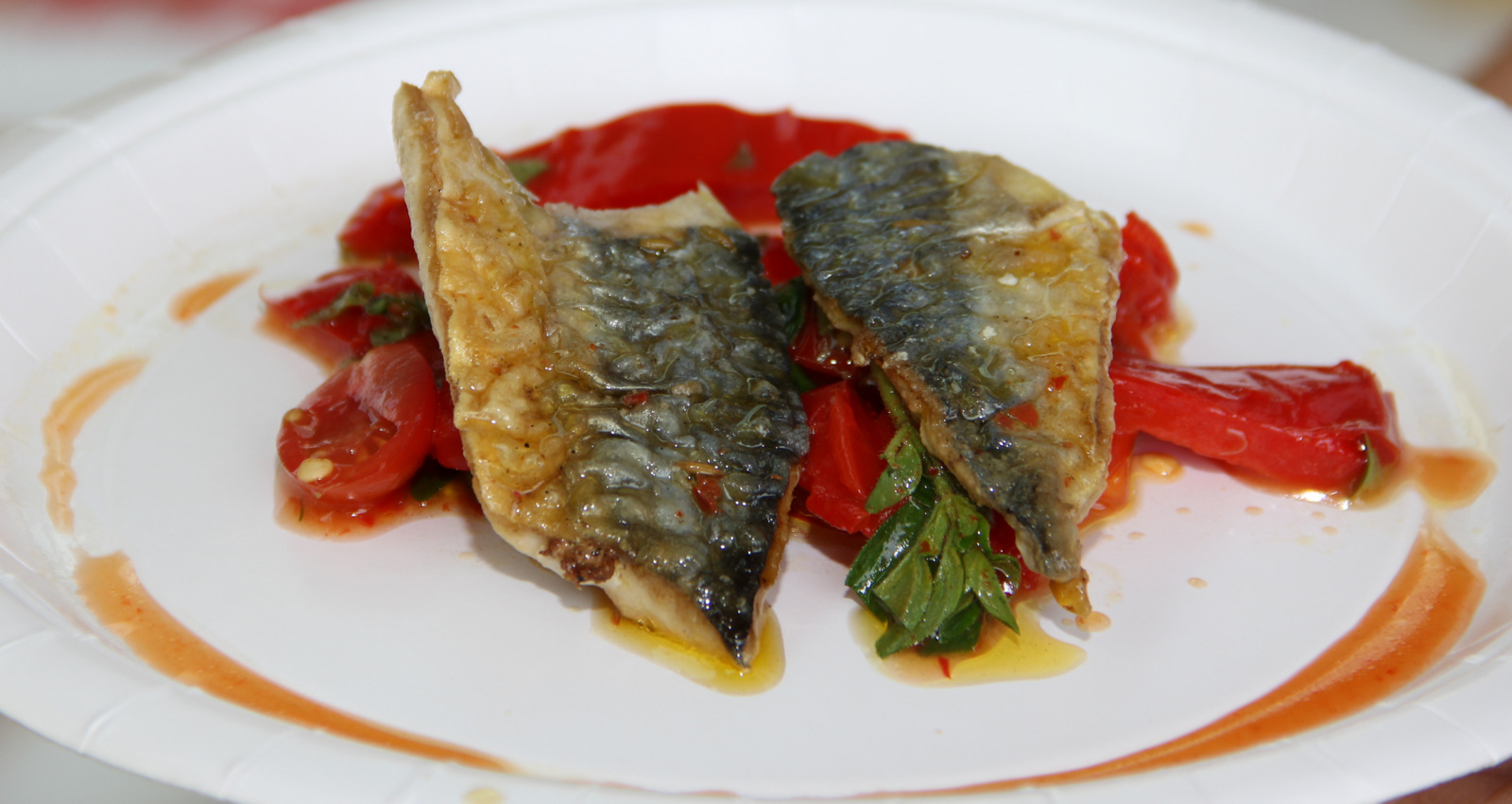 Throughout the week there was a range of attractions laid on for people to enjoy and, as happened during June’s Crab Festival, all the money raised went to good causes.

The mid-week highlights included a talk on sustainable fishing and on the future of fishing. Held at the Marine Theatre in Lyme Regis the panel included a wide variety of experts from their field, all with a passion for good quality, sustainable fish. Mark Hix, celebrated chef, food writer and one of the driving forces behind this event, was flanked by restaurateur Mitch Tonks, fishmonger Simon Bennett, food and wine expert Trevor Gulliver, author and columnist Charles Clover, Marine Conservation Society representative Jim Masters and Andrew Pillar from a Plymouth-based food processing company.

From the offset members of the panel made it very clear they had opposing on keeping fishing sustainable as well as economically viable. The audience was equally as feisty, with a mixture of ex-fisherman, fishing enthusiasts and writers getting involved. The atmosphere, while at times feeling ‘no-holds-barred’, produced a succinct and stimulating discussion about what could be done, locally and globally, from a wide range of topics to fish stocks to how to educate people about eating fish.

After the talk, which was presented admirably by Philip Evans, the hall was cleared and tables were laid out to bring on the evening’s second mackerel-themed spectacle: the feast. Prepared by Lin Pidsley, Head Chef at Hix Oyster and Fish House, guests got the chance to socialise while enjoying a number of four delicious courses. The sold-out venue’s well-fed attendees were a fitting tribute to the versatility of the humble mackerel.

Friday saw a different setting but the same aims: promote mackerel and raise money for charity. Chef Mark Hix and Lin Pidsley set up a temporary kitchen underneath the Marine Parade Shelters and began cooking various dishes which were then auctioned off to hungry spectators for the charitable causes. Dishes included a mackerel open sandwich, a mackerel curry dish and a mackerel salad. Within an hour over £500 was raised.

The end of the afternoon saw the culmination of the mackerel recipe competition, with three finalists creating their fish dishes before they were judged by Mark Hix, Simon Bennett, Tony Colston and Lin Pidsley. With an emphasis on seasonal, local ingredients the overall winner was Beckii Goffe, a 16-year-old culinary student from Yeovil College who, despite her age, showed fantastic creativity and flair in her dish.

Runners up were Maya Pieris and her dish will be on the menu at By the Bay, while Neil Gregory will have his dish featured at The Millside.

Over the week a silent auction raised £1060 for Fisherman’s Mission, the cook-off raised £515 for the Lyme Regis Lifeboat and £1500 was raised in ticket sales from the talk and feast for The Marine Theatre roof fund. This summer, with the town seeing both the crab and mackerel festivals taking place, has meant over £5100 raised for the three charities.

Mark Hix, heavily involved in this week, had positives to say about the whole programme: “The talk was great, I think it’s really useful for the general public to basically know about and hear about what happens in the sea.

“We had a good mix, it’s always good to have a mix of people from the inside the business and some from outside.

“Some of the panel got very feisty. It’s always a great thing to have though.

“The feast afterwards was great. So was the competition, very interesting, we had a range of different people entering and in the final.

“The winner was a girl from Yeovil College. I like to support them, something like this gives them a boost. She just got it right. A lot of the competition is simply understanding what we are looking for.

“Jo Harris has been fantastic; it’s great to have Jo on board, really helping out with things in the local community”

When asked if the festival would be returning to Lyme Regis next year, Mark was certain: “Yes, this is now an event for every year.”