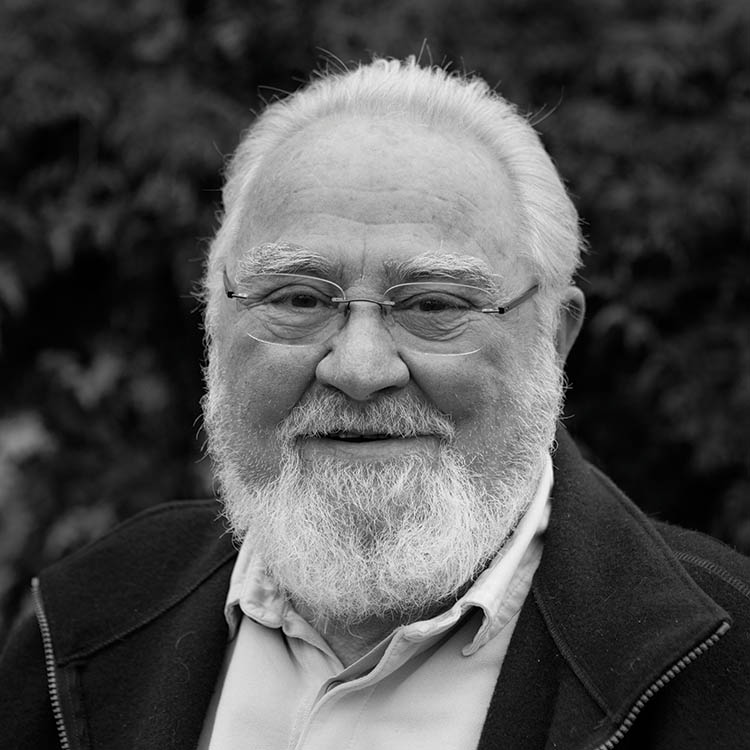 “I was born in Torquay in 1936, where my father was a postman; he didn’t have a lot of money, but really pushed me to stay on at school and pass exams. I was very into sport as a young man, playing rugby for Torquay Athletic, and I really wanted to be a P.E. teacher. I had an offer of a place at Leeds Carnegie College, to do a general degree followed by P.E. In consequence I didn’t take all the subjects I should have, and was allowed to drop French, which turned out to be significant later on.

Much to my surprise, as I didn’t really work very hard at school, I got 3 top A level results, and was awarded a State scholarship which I think was an extra £50 a year. Not having French A level meant I couldn’t get into any university. Rather than stay on at school I joined the RAF to do my National Service—and get my French. As part of the National Service process, you’re asked to choose a trade to pursue after basic training, and I chose Air Photo Interpreter, because I thought it’d be interesting and I’d be good at it. Actually, I was posted as a nurse, to Lytham St Annes! I was rather horrified that I’d have to go all the way to Lancashire, but as it turned out there was serious flooding that year in Lytham, and my drafting was cancelled. And then I was redrafted—to Air Photo Interpretation, which was just wonderful. Off I went to training, and that skill, of reading air photos, has been with me all my life. So next week, I’m working with BP on imagery of the sea bed, and the skills I will use I learned with the RAF, and have used or taught all over the world. All of which came about through dropping French A level.

In 1956 I went up to Kings College, London, and was advised to study under Sidney Wooldridge, at that time the great geomorphologist. Geomorphology is the study of the shape of the earth, the landforms, and the processes that create them. I was mesmerised by his teaching, and being a bit more mature than the other students I worked harder and got a good degree. When I finished my degree, Wooldridge asked me if I’d like to join as a junior member of staff—straight out of graduation—and I jumped at it, teaching 6 hours of tutorials a week and completing my PhD at the same time. And there I stayed, for the rest of my working life, finishing up as Emeritus Professor and Fellow of the College. It has been my place. At the start, of course, I had no experience and little knowledge, so they sent me to New Zealand to learn my subject. Off we went, with my wife Elizabeth and daughter Judith aged 3, at sea for 35 days—it was much cheaper than flying—via Florida, the Panama Canal, the Galapagos Islands, Tahiti—what an adventure at that age. Living in New Zealand in 1965 probably made me what I am today; it has such a stunning landscape, with everything from volcanos to glaciers, it’s all there. After 6 years, I went on to teach at Louisiana State University, then Heidelberg, Durham, and Bournemouth, as visiting Professor, but always out of King’s.

King’s was a joint school of Geography with the London School of Economics. So I actually did Geography and Geology at King’s, and Social Anthropology at the LSE. I spent as much time teaching there as at King’s. There was an interestingly wide range of students, and that was the second really great influence on my career. I wanted to give back as much as I could, so I joined several societies and gave extramural lectures. I honed my skills as a lecturer, teaching all over Britain, from schoolchildren to students to top conferences; I was elected President of the Geographical Association. I was part of the British Geomorphological Research Group, a new growing group of “young Turks”. We were creating a new subject, writing all the textbooks, each one of us a specialist—one on deserts, one on glaciers, me on landslides. I was one of four people who started a company called Geomorphological Services Ltd—later we went on to create the International Association of Geomorphologists—and that took me to consultancies in some 28 countries and incredible situations; the Ok Tedi gold mine landslide disaster in Tibet; Papua New Guinea, the Dharan to Dhankula Highway in Nepal; all the work in Dubai surveying for the new airport and dry dock infrastructure, at a time when only 18,000 people lived there, there was no high-rise, and dhows were going back and forth across the creek. Even now I’m working for BP offshore looking at the sea bed for pipelines and well sites.

Some local consultancies arose through the company, and one was for West Dorset District Council looking at stabilising the cliffs and beach at Lyme Regis, and West Bay harbour. That was also the year, 1996, when I decided to retire. My research area has always been the Dorset coast, and my wife’s family used to have a cottage at Eype, so it made sense that we should come to live here; we loved it. I remained a part-time professor at Kings, but the year I came to Dorset all the coastal counties had been asked by the government to establish Coastal Fora because although they didn’t want to set up a “Ministry of the Sea”, they recognised that the many organisations with interests in the coast, from coastguards to fishermen to surfers, the geologists and engineers, all needed representation. So initially they set up the Lyme Bay Forum, later the Dorset Coast Forum, which I chaired for 10 years. There was a conference in Dawlish at which I was asked to speak. At the end of the lecture, as a throwaway remark I said that if you look at this stretch of coast, with its geological history, its beauty, its unique landforms and fossils—anywhere else in the world, this would be a World Heritage Site. The two county officers, who were at the meeting, came up afterwards and said did I really mean that? I said of course, and they said let’s set up a committee and look into it. To actually put the case together also took 10 years, and was a crowning achievement for Dorset Coast Forum and Devon County. To stand any chance of the status being awarded you have to have a story (The Walk Through Time), for which we had to conduct all the research; we also needed a management plan for its future. By luck we managed to put it all together for consideration in a year when no one else was ready. When the assessor from the International Union for the Conservation of Nature came to meet us, I was overjoyed to find it was someone I’d taught in New Zealand! We went to Helsinki to put our case, won World Heritage Status, and the story runs from there. Now we have the Jurassic Coast Trust, which is able to help fund many wonderful educational and tourist facilities. I think we must have a study centre at Lyme Regis, one of the birthplaces of geological sciences, where the story began 200 years ago, and there are the finest private fossil collections from the Jurassic anywhere. Education is key; if people understand what they’re observing then they respect it, and from respect comes a sense of ownership, a stake in something which then has a far better chance of being looked after and conserved for the future.

I’m immensely proud of our two children; Judith who teaches creative arts to special needs adults, and Martin who plays bass in a band called the Hothouse Flowers. And it’s also important to say that none of my work would have been possible without the support that my wife Elizabeth has given me. She held it all together while I travelled.”