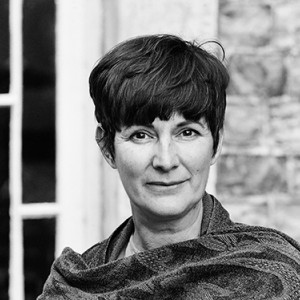 Julia Mear met Liz Chilcott at her home near Honiton, Devon. This is Liz’s story:

“The midwife who delivered me in Lagos, Nigeria was from the Yoruba tribe; she gave me a Yoruba name, Tukumbo, meaning ‘stranger in the land of her birth’. While my father was at work, for the Bank of West Africa, my mother would accompany missionaries taking me out into the bush to demonstrate to other mothers how to care for their babies. It makes me cringe to think that Europeans thought they knew more than the Nigerian mothers, but they believed they were doing good and meant well. I think at that time big companies were trying to sell formula milk, so missionaries were trying to promote the benefits of breast feeding.

My first memory is being evacuated during the Biafran war; we were given an hour’s notice to leave our home. I clearly remember being driven along straight jungle roads and having to stop at lots of army checkpoints. I was three years old. It was just my mother and I who got out—my father had to stay behind, but he escaped about six months later in a dug-out boat through the creeks into the Congo. Meanwhile back in England my sister, Siobhan, was born. With my father living in a war zone, there was no communication available to my parents, so he did not know whether he had a son or daughter until his return.

We returned to Nigeria, mostly living in the North—including in Kaduna, Kano and Jos. These were lively, intriguing and happy places; sadly they are now frequently in the news for tribal and or religious violence. I used to enjoy talking with the different tribes-people—Fulani milkmen herded cattle past our house, and I spoke a little of one of the local languages, Hausa. At the age of nine I went away to school in Surrey, flying back to Nigeria for the school holidays. I’d always known that this would be the case, so had prepared myself for boarding school by reading all the Enid Blyton books; I’d planned the midnight feasts, and I enjoyed it.

My father’s job moved to Lesotho and we lived in the capital city, Maseru. Known as the Mountain Kingdom, the country is incredibly beautiful and totally surrounded by South Africa. While we were there Bishop Desmond Tutu was appointed Bishop of Lesotho. He moved into a house opposite us. The day he arrived in 1976—our road was crowded with excited and hopeful people all ululaying joyfully, and he came across to our gate and picked up my sister and carried her aloft. The authorities had wanted to move him to a quiet backwater because he had been stirring things up in South Africa, but of course he was unstoppable.

We lived there during the time of the Soweto massacres but, because of media censorship, knew very little about it. We did however meet Donald Woods, the journalist of the film, Cry Freedom. It was the New Year in 1979; my family was at a lunch party at the home of the acting British High Commissioner. Donald Woods had escaped to Lesotho and had arrived at the house the night before. Throughout the party journalists from the BBC and other world news organisations were telephoning to interview him; the atmosphere was one of high excitement, but also serious horror while we all sat around him, listening to his story. He told us how he’d escaped, and how his children were sent some t-shirts through the post that had been injected with poison. The Apartheid Government had wanted to stop him from publishing reports about what was going on in South Africa, including the death of his friend and activist Steve Biko, so his family were threatened.

Whilst at boarding school I went on a ski trip to Yugoslavia and met Duncan. He was the son of one of my teachers—Mrs. Chilcott!  At that time Duncan was a porter at Christies, taking the opportunity of a cheap skiing holiday as one of the teacher’s sons. We met on the slopes and have been together ever since. Duncan later joined Phillips, another firm of Auctioneers, and moved to Leeds, but he returned to London when I went to Art College and, during the second year of my fashion degree course, we moved in to a flat in Whitechapel together.

I became more interested in the marketing element of the degree, so when I graduated I was offered a place on Marks and Spencer’s graduate programme, working in the Head Office in Baker Street training to be a Selector (buyer). I liked my job, but not the company politics so much; I found it quite constraining. Duncan, who was now manager of Bonham’s Chelsea Saleroom, and I made a five year plan to leave London. However, five weeks later he was offered the position of Managing Director of Bonham’s West Country in Honiton. I decided to leave my job and move with him; it was April 1991. After living in Honiton for six months we found this place, a lodge house in glorious East Devon countryside. At that time the two main local farmers, as well as the residents in our village, made us feel incredibly welcome. We have lived here for twenty two years and we still haven’t tired of it.

Eventually Duncan and I decided to marry. This was not a foregone conclusion because, due to feminist and other reasons, I have always questioned the need to marry. However marriage is undeniably a wonderful public recognition and celebration of a committed relationship. On the birth of our first daughter I gave up paid employment to stay at home. I keenly felt that the role of parenthood lacked status or public appreciation; it seemed, and still seems, that the emphasis is on getting parents back to work rather than supporting those who wish to stay at home full time to carry out a role that is key to building a successful society. We chose for me to stay at home, and I loved being a full time mother, finding the early development of our four children fascinating and challenging. I was never bored—I thought I’d be watching daytime TV but, thankfully, that never happened.

When Mary, our youngest, was about two, Duncan decided to leave Bonham’s, and together we set up ‘Chilcott’s’, a firm of Auctioneers and Valuers’. Our main base is in Honiton just behind St. Paul’s church in the centre of town. I love the work that we do; it is interesting in the fact that many of the items we sell have an intrinsic fascination, but also we meet a wide cross section of people—both face to face and throughout the world via the Internet. Arriving for work each morning I never know who I will be helping or what I will be dealing with. Sometimes it can be sad—people ringing after a loved one has died and needing us to value or sell the possessions—but there are lots of happy endings too.

In 2011 I was heavily involved in starting the Honiton Antiques Festival; we wanted to showcase the wide variety of antiques and works of art available within the town, and to promote the associated knowledge and skills. As well as attracting visitors from far and wide, many local people decided to take the opportunity of exploring what Honiton’s antiques businesses have to offer—feedback was extremely positive with locals expressing surprise as to why they had not done so before. It is now a very successful festival which benefits the town as a whole because of the number of visitors it attracts.

Many people who do not live in the West Country imagine the lifestyle here to be lovely and relaxed. They see only the idyll that they experience when on holiday; when I think about life in East Devon I do not see it as being at all relaxed—one has to work extremely hard—but it is a lovely place in which to do so.”