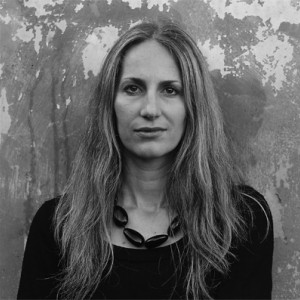 Julia Mear met Maya Kaye at the family home where she grew up; Hinkhams Farm, Whitchurch Canonicorum, Dorset. This is Maya’s story.

“I was born in Andover, Hampshire in the summer of 1975 to Peter and Marion Ray. My Mother had grown up in Weymouth, then Bridport and finally Griddleshay Farm in Whitchurch Canonicorum. Her parents had bought the farm so that they could have ponies, which was a passion of my mum’s and still is to this day. In her teens my mum went to the Norland College, Bath, to study to become a nanny but somewhere along the way she met my dad, Peter Ray, who was working on a farm near Andover. They quickly married; I was born and named Maya Rainbow Ray. At the age of almost four I was presented with a little sister, Sasha Sunshine. Our middle names are only unofficial – my mother didn’t actually have the bottle to put them on our birth certificates. Just before my sixth birthday we moved from Hampshire to Castle View in Whitchurch Canonicorum and I started at Charmouth County Primary school. After Castle View we moved down the road to Hinkhams Farm, where my parents still live now.

At heart my parents have always been hippies, our first cat was called Karma for heaven’s sake and my younger brother, Tom does have a real middle name Joshua because Joshu was a Zen wise man! Their idyllic plan was to be as self sufficient as possible. My early childhood memories are of vegetable gardens, warm buckets of milk (often floating with straw and other bits of inedible matter) and our first house cow; called Goldberry, chickens, warm eggs, home-made bread, jam and other delights. Of course, when you are seven your desire is to be like everyone else, so often I bemoaned the fact that our milk didn’t come from a bottle like everyone else’s. Now I would give anything to taste that rich, creamy nectar and be a child again peeping into the parlour or exploring the vegetable garden on a hot summer’s day with dirty knees and fingers sticky with raspberry juice.

It is true isn’t it that childhood is the best time of your life and looking back now you couldn’t have asked for one better than mine. Those long, hot, summer days spent idling the time away were in fact, full of adventure, mischief and above all freedom. Sasha and I had grown up knowing the grandaughter of a woman in the village for what seemed like forever, but one summer we all really clicked and she became more of a third sister than a friend. So began some of the best years of my life. Every school holiday, Gypsy would be sent down to Whitchurch from London to stay with her granny. Together we would set off on our bicycles through the lanes with a bottle of watery, warm orange squash and a squashed picnic and we wouldn’t come home until the evening. We must have looked a real sight because we only had two big bikes; one unfortunate (as the oldest, I usually nominated Sasha as the unfortunate) would be forced to ride on a tiny red and white miniature bicycle designed for a four year old. I can see Sasha now pedalling like crazy trying to keep up and complaining bitterly the whole while. As a threesome we spent hours roaming the fields, the river and the woodlands.

As we got older we embarked on slightly more risqué games such as going to the churchyard at midnight. We used to wait until my parents had gone to sleep and then creep out of the house, meet up with our co-conspirator, Gypsy, and go to the churchyard. Our plan was to run 12 times around a grave to raise the dead but funnily enough, once we actually arrived, it wouldn’t seem quite such a good idea and we would slink off home again to bed. Once Gypsy’s mum overheard our schemes to creep out at night and told us stories of children being taken by adults, a thought I can honestly say had not crossed our minds, and there begins the loss of innocence I suppose. However, I am not sure how I would feel about my own children getting up to such mischief now.

One of my most prevalent memories is of caravans. The farm seemed to be littered with caravans in various states of dilapidation. Caravans let out to holidaymakers, caravans dragged in by family friends, intending to stay for the summer, after which the friends left but the caravans invariably remained. The empty carcasses becoming a den, a hideout or to store a butterfly rescued from a spider’s web with only one wing. The floors slowly rotted into the mud and the walls became entombed in ivy and brambles. In teenage years, Gypsy, Sasha and myself along with other most privileged friends spent nights sleeping in the caravans. One of our favourite caravan games was ‘tombstones’ and involved folding the caravan bed back into its space against the wall. The unsuspecting sleeper would find themselves suspended upside down, crumpled unceremoniously behind the mattress, their muffled cries for help drowned out by our raucous laughter. My father taught me this game as he himself had played it at public school. It is great that my father has been a respected member of the community; Chairman of the Flower Show Committee and on the Parish Council. However, I have memories of him in a different role, being filmed running around the field herding sheep, naked apart from a pair of wellies, as a favour to a friend who was doing a film studies course.

The Five Bells in Whitchurch is a pub that holds a special place in my heart, particularly during the times when Terry, Melanie and Nigel were running it. They used to hold biker’s conventions, Medieval Fayres and an alternative Flower Show with prizes for the most revolting sandwich. Years before, I remember going to the pub with my dad to help out on Skittles night. I felt incredibly privileged and trusted to be able to ‘stick up’ for the men who were playing; Simmy Symonds, George Barnes etc. ‘Let em roll’ they used to mutter if it looked like I would be too hasty in my lunge for the ball.

I now live in Ottery St Mary, Devon with my wonderful husband, Richard, whom I met years before we actually started dating when his parents moved from Coventry to Lyme Regis. I had moved to London with my sister who was studying International History at the LSE. I was having a wonderful time discovering the wonders of the big city. I got a job at Purves and Purves (a very trendy furniture shop on Tottenham Court Road). I didn’t really know anyone but I discovered that Richard lived only a short bus ride away and being starved of company I gave him a ring. He invited himself around for dinner that very night and never really left again. Shortly after we met Richard started working for Ash as their DJ. It meant that he got to have a great adventure going off around the world with them on tour and I got to swan around backstage at loads of cool gigs and parties.

Together we have a seven year old son, Alfie and a four year old daughter, Rosabelle both of whom are wonderful, adorable creatures who constantly provide me with moments of awe and wonder as I watch them transform into little characters in their own right. We moved back down to Ottery St Mary when Alfie was two because we didn’t want to bring up children in London. I wanted my children to have the same country childhood that I had. We still spend a considerable amount of time at the farm in Whitchurch; my dad is an incredibly good cook and my mum is often the life and soul of the party. Even though I have forged a life for myself in Ottery St Mary, my heart lies in Whitchurch and I would love to return but work dictates that we live closer to Exeter at the moment. Although I did my teacher training at Goldsmiths University and taught in a school in South East London for three years, I now work for Connexions in Exeter, helping young people into work or education.

When we return to the farm and I see my children cast aside the Nintendo Games Console or other such gadgetry and run laughing to the old swing hanging askance from the plum tree, or take up a fishing rod and net and head to the pond, it makes my heart sing. My childhood has been idyllic and to know that my children are growing up in the same magical surroundings and are creating fantastic memories of their own that will be so entwined with my own is something special indeed.”