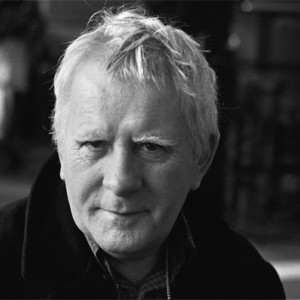 Robin Mills went to Bridport to meet photographer John Miles. This is his story.

“My first memories, being born in 1939, are of war damaged Croydon, near where we lived. The aerodrome was heavily bombed by the Luftwaffe, and after our house got hit, my parents felt it was all getting a bit too risky, so I was evacuated to Norfolk to a farm which belonged to a distant relative. Working on the farm were German prisoners of war, and they became my friends. They spoke no English, and obviously at the age of four I had no German, but I can remember really vividly how they looked after me. One of them made me a silver ring, which I lost. He then made me another, which I also lost when I moved back home, and that was the saddest thing. We had a real bond, a friendship that meant a lot to me, and it gave me great insight into relationships between people of different ages, and from different cultures, in later life.

It’s very difficult to say where the photography started, but I was studying painting at Wimbledon Art College. We were all doing large scale figurative stuff; Stanley Spencer was the main man then. All of a sudden, it was like the Americans landed, and abstraction entered the equation; people like Jasper Johns, Josef Albers’ Homage to a Square. Everybody started making these kinds of images without any idea of what it was all about. I struggled with it a bit, and was rather despondently having a coffee in the student bar when a small man with a rather weasely face, dressed in a classically dirty raincoat, came over and said to me: “why so gloomy?” I said something like “I don’t want to talk about it”, but he came and sat down and we talked. He told me he ran the photography department, to which I said I didn’t know there was one; he said, “that’s the way we like it”. I really took to him from the word go, and the conversation ended up with him pulling a little 1950’s Leica camera from his raincoat pocket. He said, “I think you’d better do photography”. I said, “I know absolutely nothing about it”, and he just said, “You don’t need to. There’s a film in the camera, you just press this button here, then you wind it on with this lever, then you press the button again. That’s all there is to it”. This completely non-technical approach really suited me, but of course when we developed the film, there were only two shots on it. In time I began to get better success rates, but once I got in the darkroom I was completely hooked. I carried on trying to do some painting, but I was much more interested in the photography. It was at this time Sally and I met; we married, and here we are together 50 years later.

From Wimbledon I went to Goldsmiths, and by the time I left there I had a family. I tried to get a job in London, teaching. That wasn’t happening, so when I saw an advert for a teaching job at Beaminster School, I applied. I came down for the interview the night before, and met a man in the pub, who found it obvious I wasn’t a local. Wondering what had brought me to Beaminster, I told him I was trying to get a job at the local comprehensive, teaching art. So we had a nice chat that evening, and the next morning, the school secretary told me the headmaster would like to see me before I had the interview with him and the governors. Of course, who should the headmaster turn out to be, but the man I’d unloaded everything to the night before in the pub. He told me he really wanted me to take the job, but warned me not to give vent to the opinions about religion I’d expressed the night before to the governors in the interview, one of whom was a vicar. Interestingly, the headmaster turned out to be a great friend of Michael Duane, who was headmaster of Risinghill School in Islington, a progressive school which pioneered many new ideas in teaching. I got the job, and spent a very exciting two years teaching at Beaminster where we were all trying to apply Duane’s ideas. I thought the school was absolutely brilliant at that time, very unconventional.

When I moved to Dorset in 1967 I was much reminded of childhood in Norfolk, not because of the landscape which is obviously different, but because in ’67 life in the Dorset countryside had the same kind of reality to it as in wartime Norfolk. Lots of folk would go rabbiting, using ferrets: the first pub I went to there were old boys comparing each other’s ferrets round the bar. The pub was actually serving badger dinners, so you had these people with their ferrets out, in the bar, tucking into greasy old Brock. I’d been down to Dorset a couple of times before, with a friend in a motor-bike and side-car. I remember stopping at Worth Matravers, climbing out of the side-car which was full of water from the heavy rain, and getting the camera out. I just thought this part of the world is so amazing, so beautiful; I took to all of it. These days, the countryside’s changed a lot, everything’s been sanitized, tidied up, small farmers disappeared. I’ve been getting wonderful bantam eggs from a local farmer I know, and he said recently he’d have to stop supplying me. He’d been told he had to have a machine to stamp all the eggs: “tis gonna cost I four thousand pound”, he said. “What do I want with a machine that cost four thousand pound?” That sums it up, really.

I had a friend when I moved to Dorset, Val Hennessy, a journalist I liked because she pried into everyone’s business, she’d upset the apple cart, and I did some work with her for the Guardian. I can remember photographing the first riots at Notting Hill, took loads and loads of pictures. I sort of knew the picture editor on the Daily Mirror, Len Greener, so I whizzed round to the Mirror with my pictures, pleased with myself that nobody else could possibly have got there before me. “Too late”, he said, “I’ve just bought a load of stuff off that American, Homer Sykes, have a look”. The pictures were all of black kids throwing rocks at policemen. He asked me what I’d got and I told him they were the complete opposite: all of policemen beating up black kids. “Well”, he said, “our readers aren’t interested in that”. That remark gave me a pretty good insight into how the media works.

When I left Beaminster School, I met Michael Pinney. One evening I came home to find him having a firework party in my garden. He said he’d been writing poetry since he was seven; he liked my pictures and thought we should work together. That party led eventually to Bettiscombe Press, which we decided should publish work in the way that the artist would like it to be published. We did work by Derek Jarman, Ralph Steadman, poets, artists, photographers, a real variety of interesting people. That lasted about eight years, during which I was also doing peripatetic teaching in art colleges all round the country.

I’m very fond of one book I did. We went to a funeral in Bothenhampton, and standing by their garden gate was a lovely old couple. I thought there was something special, and we visited them continuously for the next two years, whilst I documented their lives in photographs and stories. Theirs was a way of life that’s really disappeared now. The house was falling to bits; there were chickens in the kitchen, all this in Bothenhampton which was fast becoming quite a smart village. They told me the most wonderful stories, I wrote them all down, and published a book, which I called Visiting Bob and Evie. I loved being able to combine the creative, the photography, with the journalistic. That book sold out quite quickly, which I considered a success.

Lately I’ve been creating photographic collages, sticking together bits of photographs, text, and so on and re-photographing the results. I did rather well at the Royal Academy summer show, and I’ve had some work in the Discerning Eye exhibition in the Mall in London. Some new work has been hung in the Electric Palace here in Bridport which has gone down quite well. London remains the centre for culture, though. Our three children who were brought up here in Dorset have all left and are now based in London, and that means we spend quite a bit of time up there. My eldest daughter Sarah is an independent film-maker, my son’s a successful fashion photographer, and my younger daughter Emma runs a restaurant in Clerkenwell. My son Edward’s first word was “tractor”, which meant watching him sit on one all day; now he’s flying all over the world photographing rock stars and fashion models. They’re all doing very creative work, and their success is hugely pleasing to me.”