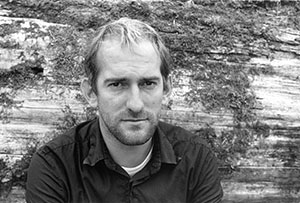 ‘Mum and dad were living in their first house, in Crewkerne, when I was born in 1975. Soon after, they moved to Wootton Fitzpaine in the Marshwood Vale, where they rented Dairy Farm House. When I was two, they bought what had been the engine house to Wootton Fitzpaine Manor. As they also bought the original walled garden to the estate, they named the house ‘Manor Gardens’.

Mum’s family had moved down to the West Country from Buckleberry, near Reading, to a farm in Catherston Leweston. She went to watch a play in Charmouth where dad happened to be playing the part of a vicar in a comedy sketch. The punch line was ‘he wasn’t wearing any trousers’, and that’s how they met. Dad was born in Abbots Wootton, his dad was born at Befferlands. Nan was originally from the Crystal Palace area: she moved here with the Land Army and met grandad at a dance. They now live in Bridport: she still likes to dance, grandad is less keen.

Before settling down together, mum and dad lived and worked in different parts of the country, such as Birmingham, London and Stroud. At one stage they almost emigrated, one to Australia, the other to New Zealand. They were married in 1973. I’ve pilfered dad’s retro wedding suit for London meetings.

When I was very young my parents embarked on growing organic vegetables in our walled garden. At that time organic produce was not so common. They started to rear pigs just as the market plummeted. When I was ten and my brother Alex, seven, my family were forced to sell up the house. They rented a small flat in Hawkchurch before buying a tiny Woolaway bungalow in Whitchurch Canonicorum, where we lived for three years.

Dad started landscape gardening while mum continued bookkeeping, which she had trained in. We then moved back to Wootton Fitzpaine while we demolished the Woolaway bungalow and built three beautiful cottages. As we had managed to keep the old walled garden, we renamed our new property in Wootton ‘Manor Gardens’.

My interests were a mixture of science, particularly biology, and art and design. I had planned to work with dad as a landscape gardener after my GCSEs, but decided to stay on to do A-levels. I was encouraged by school to visit several universities. My interests were perfect for landscape architecture, and I went to Sheffield University to study for four years.

I spent my year out working with Pam and Peter Lewis, well known garden designers, near Dorchester. Here I was taught a huge amount about planting design, particularly British natives, and the conservation and re-creation of Dorset meadows.

When I was 22, fresh out of university, a friend of dad’s from Yawl asked me to design a garden for him. Dad did the building – it was a success and now, several years on, it’s open to the public.

Some new people moved into Wootton and bought an old farmhouse with buildings that had previously been converted into holiday cottages. I re-designed the outside areas, then dad and I spent a year building them. We were making a huge circular seating area using local timber. Several pieces of the timber delivered were chestnut, and dad, who has always been into carpentry, suggested splitting it to make a gate. I said, go on then. He did. The gate was beautiful. Its organic curves complemented the sagging thatched roof and bulging walls of the buildings; it was very special.

More gates and benches were asked for – the furniture business was born and we called it Ed Brooks. We sent images to national magazines and papers, did some shows in London and set up a website – the intention was to make a national company. We have recently made it international, with our first project in France. We make tree houses, bridges, gates and benches, and are about to do our first house. We aim to be as sustainable as possible, using local wind-fallen hardwoods. We also want to support local people, such as blacksmiths and woodland-related craftsmen, by getting them involved in our projects.

At 24 I moved to London with a school friend; I got a job immediately, freelancing with a landscape architect. I worked there for about eighteen months. When the job finished I came back to Dorset, working on more projects with Pam Lewis, and overseeing the furniture business for a few months. I got some work in London for two or three days a week, so was split between the two. At 26, I joined the company I’m with now – still juggling London with Dorset.

Last year we had lots of business following a feature about us. My brother Alex was living in Cheltenham, working in finance, but he’d been thinking about leaving. He came back to Dorset to organise the business; Alex and dad work really well together.

As well as brothers and business partners, Alex and I are also best mates and we’re always talking. I still do the designs for the business and mum does the accounts. Mum gets involved in everything, she’s extremely strong, good at holding it all together, and she’ll help with anything, painting, sanding and organisation. Mum’s also heavily involved in the village: auditing the church accounts, helping win the Best Kept Village Competition and she also worked with Guy Bryan, on his Wootton Fitzpaine book.

Wootton has no proper pub, only a working man’s club, but there’s a really good spirit and everyone helps each other. Alfred Capper Pass owned the Wootton Estate; his initials are on our walled garden gates. His great-grandson is a friend of mine in London. My grandad has good memories of those times and regrets the loss of the estate.

London is where I work for my landscape architecture career, which I could only really follow in a city. I work for an architectural company on a variety of interesting projects; I started off freelancing for them when they were quite small. A lot of my work is in urban regeneration, especially now that traffic is being removed.

At the moment I’m working in the Fleet Street area, which has many historic routes, courts and lanes that are not really used. I’m involved in upgrading them with way-marking, lighting and new signage. We’re introducing lanterns above each court entrance all along Fleet Street. I love the historical research of such projects, looking at the origins of print and typography as Fleet Street progressed, in order to choose a relevant font for our signage.

Dorset is so different from London. Here it’s so beautiful, peaceful and real – London is so busy, stressful and often a bit false, but each is amazing in its own way and I love both my lives. Here I have a log fire, the sea and trees, and I’m part of a network of family and friends. In London I’m often a nameless face in a sea of people, although over the last few years a lot of my friends have moved there, so it feels like a part of Dorset is in London. We’re all there for the work opportunities, but I think they will eventually drift back and maybe I will too.’