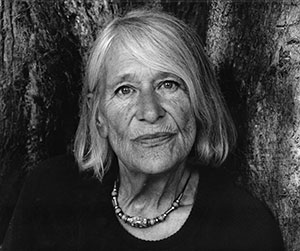 Chris Marston has lived at Charmouth for twenty two years. Her parents, originally from Leicester,  came to farm in the Axminster area fifty years ago. Chris takes up the story.

“I love living in Charmouth. The village is beautiful with it’s painted cottages and thatch, and the shops are quite delightful, well stocked and full of surprises. My home is by the sea, it must be one of the smallest cottages in Dorset, but it’s all I need, and I’ve been able to do most of the upkeep myself. The garden is small and full of flowers.  I also look after my neighbour’s garden and get great enjoyment raising plants from seed, especially vegetables. There’s nothing like fresh food from a good garden, tasty and totally organic. But this year I’m concerned about the lack of bees and butterflies.

I can’t bear waste. I try to recycle every thing possible, in fact, my dustbin wasn’t emptied for a month, due to oversight by the collectors. It was still only half full due to my neighbour’s wonderful composting system.

As a child, brought up on a farm, I was aware that things were done according to seasons, ploughing, sowing and harvesting. I left school in 1949 to work as an under matron at a boy’s school. After bringing up my four children, I worked as a craft instructor for Social Services visiting people with disabilities, in their homes. When I first moved to Charmouth I got a job at the local Cheshire home for children.

In 1989  I decided to look into the possibility of further education. I got a place on an access course at the Co-operative College in Loughborough. This was really enjoyable, and although I’d never thought about going further, I soon realised more was possible. I then went on to Brookes University to study Anthropology and Sociology and threw myself into the wonderful world of learning, graduating just before I was sixty.

Although life in Charmouth is idyllic it has given me time to ponder. My university studies encouraged me to look at wider issues, and concerns that now affect us all – in particular the environment, the over consumption of the West, and the kind of world we  are leaving for our grandchildren. Many of my friends share the same concerns.

Simple pleasures are within easy reach, Bridport, Lyme Regis and Axminster are not far away – there always lots of things to do: yoga, swimming, and singing workshops can be a sheer delight. I’ve met some lovely folk and made some wonderful friends. People in this area seem to be non-ageist and non-sexist, which is just as well in the circumstances.