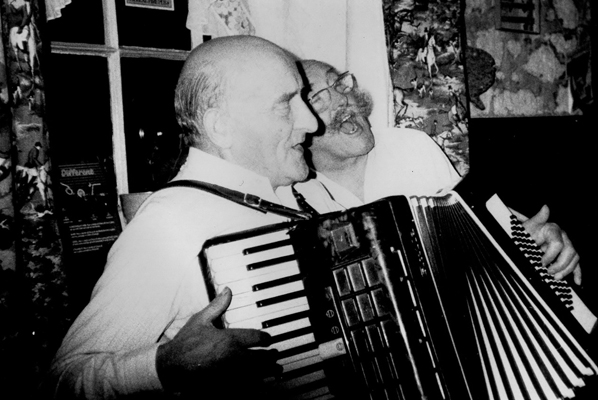 Margery Hookings makes some musical connections when she discovers the raucous singing past of her local pub, The White Lion at Broadwindsor.

• Nick Dow has been singing and collecting traditional folk songs for over forty years. He has gleaned songs from the West Country, and been given songs by the Travelling people with whom he has lived and worked. Nick Dow is trained in the dying art of Gypsy wagon painting, and has worked as a painter for a long list of celebrities including Ronnie Wood of the Rolling Stones.