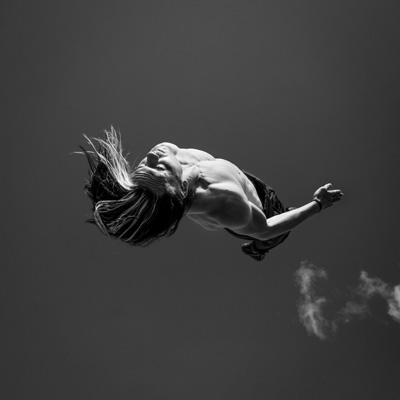 Photographer Tim Booth has a new exhibition opening in May. He talked to Fergus Byrne about images from both sides of the lens.

A few years ago, in an interview about a new body of work that Dorset photographer Tim Booth had just begun working on, he said that photography is not reality. He described it as an ‘interpretation of the truth, or, of what you perceive to be the truth.’
Those that like to debate the subject of photography have long challenged the notion that a photograph is a moment captured in time; it is more an opportunity to allow the photographer and the viewer to create their own narrative. The challenges are creating engagement, empathy and offering a platform for imagination. Next month Tim will launch an exhibition of work on a theme that offers a vast canvas for those that wish to imagine life beyond the subject. Entitled Circus the exhibition will offer a first look at the early stages of a project that Tim hopes might become his next book.
Although he could have chosen from a number of themes that he has explored in his fine art photography in the past, Tim sees a powerful image of human endeavour and achievement in the direction circus has taken. ‘Circus, in the old days, was a massive extended family with lots of animals’ he explained. ‘It was all very community and now it’s become, in a way, much more disparate. You’ve got individual circus artists who are probably out there on their own, training very hard, and they’ll all come together to do a show—but then they’ll all leave again. They’re not all part of the community. So they are pieces of a puzzle really, rather than one picture.’ There is an irony in the change. ‘Now the humans are training themselves rather than training animals.’
He also believes that the current level of human skill in a circus, compared to forty years ago, is huge. ‘You’d have a strong man and very bendy girl and a woman with a beard and some poor sod who’s prepared to be fired out of a cannon. But now you’ve got people who’ve developed much more radical skills. It’s changed a lot and I think become more interesting and become more of a spectacle and less of a kind of pantomime. I’m not dissing old-fashioned circus but now it’s almost more gymnastic based.’
However, although circus life has traditionally been a fascinating community of eccentricity, a part of it has always been an intriguing association of discordant individualism, bound together through a thread of creativity, adventure and a passion for precision and excellence. And it is that passion and human determination that Tim captures in so many of the photographs in this exhibition.
Although much in demand over many decades for his commercial work, Tim describes this project as ‘different, more fun, more interesting’ and says that ‘even if it isn’t more commercially successful—artistically it’s more where I’d like to be.’
There is little doubt that these images offer more than a moment captured in time but the question of what is reality—somewhat like a trapeze artist in mid-air—remains suspended. Explaining this philosophy Tim says: ‘I’m definitely not a realist photographer. I don’t do documentary. Years ago I used to do street photography and that kind of stuff. But I suppose I’m a bit of a romantic, and even with my landscapes, I tend to show my interpretation of the world, my interpretation of what I think it looks like. And the same with the circus, they’re not really representative portraits of the act, because the circus act is a story really. It’s a narrative that normally lasts between three to fifteen minutes and each performer is telling a story—whereas I can’t do that with a picture that’s taken in a fraction of a second. So I’m trying to create my own narrative, which is normally based on a structure and shape that represents what they do but isn’t meant to be real. I want to make them look the best they can, but also to try to isolate them in a way.’
In the end, he hopes the viewer sees what he sees; something ‘more emotional—more to go away thinking about.’