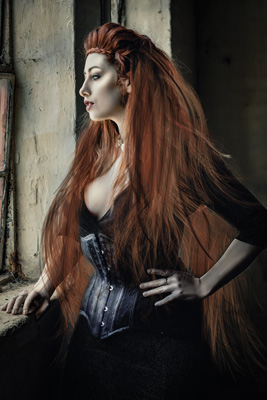 As a child, Caroline Julia Moore lived with an inner monologue — an ever-changing narrative of the world around her. Today, as a digital artist, she gives vision to that world. She spoke to Fergus Byrne about her journey to a new life.