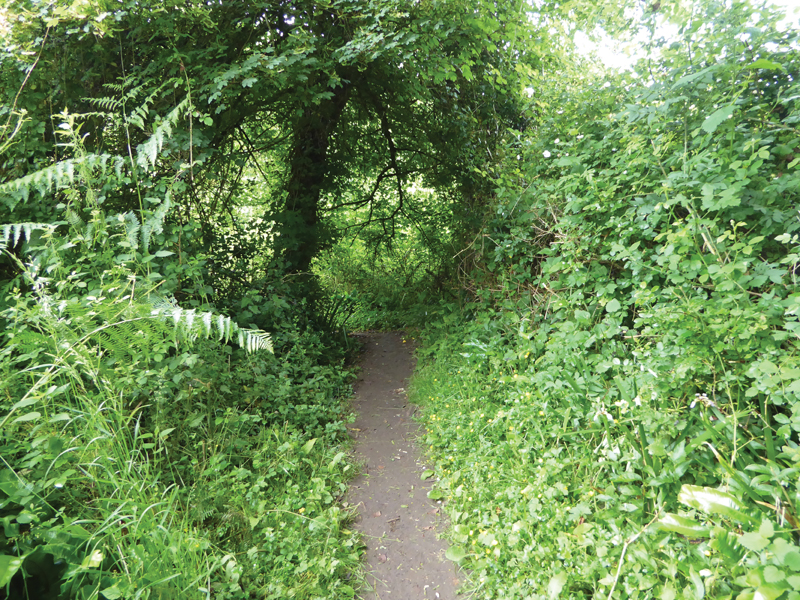 Nearly 180 years ago, about three miles west of Lyme Regis, a huge chunk of the East Devon coast split off to form a plateau separated from the mainland by a deep, dry ravine. This was the largest movement of land ever experienced in this part of the country; it remodelled the coast and created a unique new environment. The plateau, now called Goat Island, and the ravine are still unique and when I walked there in late June, pink and purple orchids flowered across the grassy surface of the plateau whereas the ravine was populated by a tangled jungle of trees and other vegetation.

Philip Strange is Emeritus Professor of Pharmacology at the University of Reading. He writes about science and about nature with a particular focus on how science fits into society. His work may be read at http://philipstrange.wordpress.com/