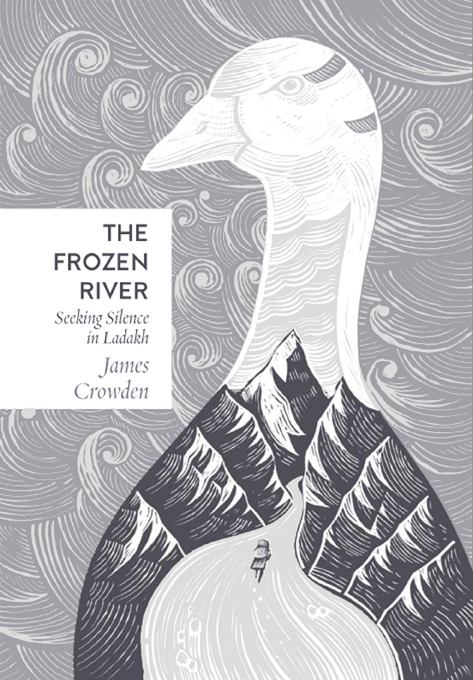 The story of how Somerset author and poet, James Crowden, travelled up the Frozen River in the Northern Himalaya is the subject of a new book. Robert Twigger has travelled the pages.

James Crowden was a young army officer with a career ahead of him when in the 1970s he threw it all up to reach the then hidden and impenetrable Zangskar Valley of Ladakh, the so-called ‘little Tibet’. His journey up the Frozen River told in clear and moving prose is a wonderful journey to a land that time forgot and which, even today, is not so easy to visit.

It is always a little tricky telling for the first time a travel story that happened four decades ago. Already you are implying ‘classic’ status since no one can make the same journey now; the book must stand or fall on its literary merit, its function as a guidebook to inspire a similar visit is much reduced. Yet the inspiration that this book provides comes from the unchangeable landscape and the universal qualities of the simple people Crowden encounters. It is raised considerably by his own Buddhistic faith, which, not being doctrinaire, has a homespun utility about it. He has visited the country many times subsequent to the memorable expedition he has written about, and this familiarity colours and informs his writing in a good straightforward way. That he is a poet is apparent in the pruning, the one and two-word sentences, the well-honed but never contrived turn of phrase. The balance between human encounter and landscape described is very well handled—it is by no means an easy skill to master.

Zangskar itself, which sounds even to the untutored, decidedly romantic and remote, is in eastern Ladakh, itself a remote part of Kashmir. 95% of its people are Tibetan Buddhists and this informs the feel of the whole book. It is mostly a high up place—from 3500 to 7000 metres, the people inhabiting the lower end of that altitude spectrum (but altitude sickness is something the hardy Crowden hardly suffers from). It covers an area the size of Lincolnshire, though far from flat it is riven with peaks and valleys. The frozen river of the title, the river Chadar that leads to the big town of Leh, is a central part of the book and provides a central balance beam for the narrative between the earlier part, which details Crowden’s immersion in village life, and the later sections which open out into a six-week stay at Karsha monastery and a final solo journey on skis over a high pass where the unavoidably intense sense of accretion of all he has experienced so far, as fresh snow compacts the older snow beneath it, is released in an avalanche and his seven-month journey is complete.

The book is handsomely illustrated and comes with a delightful dustjacket and good quality paper within—it is worth noting such things as many publishers have started to stint when it comes to paper quality—following the lead of cheapo American editions.

My favourite image, travelling up the river Chadar the travellers see only a sliver of night sky studded with bright stars above them. On either side the immense rock walls of the valley soar above them and block out most of the sky; after seeing this ribbon of stars the author reports the happy Zangskaris dance and tell stories before they go to bed.