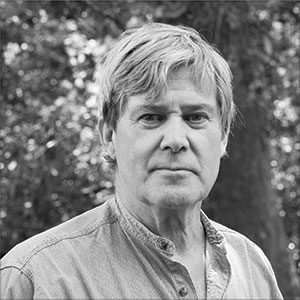 “My father was born in New Zealand where his father was a school master at Wanganui Collegiate. In due course, he won a scholarship to Cambridge where, on arrival, he met a young Welshman, Peter Watkin Williams, who came from Stockland. Years later, Peter introduced Denis Allen to his much older sister Della, who was to become my mother. They married in Hong Kong in 1939. Having gained entry to the Diplomatic Service, Denis was posted to China where he became established at the British Embassy. As the war progressed and the Japanese advanced, the embassy moved repeatedly, from Peking to Nanking, from Shanghai to Chungking where I believe I was conceived.

After a hair-raising three month journey from which we were all lucky to come out alive, I was born in Guildford in November 1942. We lived in a series of rented houses near enough to London for my father to reach the Foreign Office by bike and train each morning. In 1946, we moved to Washington DC where Denis was posted to the British Embassy. It must have provided a stark and welcome contrast to war-torn Britain and its strict rationing. One day, Winston Churchill visited the embassy and I have a photograph of a small boy with his mouth open, clapping at the arrival of the great man.

In 1951, we returned to England and I was packed off to boarding school in Dorset. Holidays were often spent in Stockland with maternal grandparents and about this time my grandmother gave us a small pocket of land at Quantock. We borrowed £200 to buy a tiny caravan to install there. Della was already an accomplished watercolourist, often concentrating on local wildflowers, and she and I would bicycle widely from the caravan in search of them. I had started a collection of butterflies and knew most common birds so I was now a budding naturalist. In 1959, my father was posted to Singapore as Deputy Commissioner for Southeast Asia. He had been back in London almost a decade, had received a knighthood, and was eager to go overseas again. On a family holiday from Singapore to Langkawi Island, which was at this time completely undeveloped, I became enthralled by the colour, size and diversity of tropical butterflies and inevitably started to collect again. This taught me about selection pressures exerted on insect mimics, a topic that formed part of my A level Zoology.

Now armed with A levels also in Botany and Geography, I applied and was accepted for entry in 1963 at Wye College, the Faculty of Agriculture of London University, provided I spent a year doing practical work. I chose the University Botanic Garden in Cambridge. On graduation, I was accepted at Exeter University for an MSc in Plant Pathology under the tutelage of Dr S A J Tarr. I emerged successfully and was offered a post with the Tanzania Government as a research officer. I arrived in Dar es Salaam in July 1969 and was posted to the Sisal Research Station near Tanga. Despite a net salary of only £800 a year, I was able to run an ancient VW Beetle and live reasonably well. During my two years, I realised that research on the improvement of the protein-rich grain legumes could be a useful direction to follow, but I would need a doctorate. Armed with a Postgraduate Natural Resources Scholarship, I presented myself in Cambridge for interview with Dr Alice Evans who was kind enough to accept me to work on genetic resistance to rust disease in the common bean. Part of the work would be done under controlled conditions in Cambridge but field work would need to be carried out elsewhere; I went to Bunda College of Agriculture in Malawi.

It was almost certain that it was at the college fish ponds where I caught schistosomiasis, a disease caused by a fluke transmitted through water by a snail. I returned to Cambridge to write up my thesis but it took about a year to have my illness diagnosed and effectively treated. While in hospital, I met a Scottish nurse called Janet who, in due course, followed me to Ibadan where I had secured a Post-doctoral Fellowship at the International Institute of Tropical Agriculture in Nigeria. We were married in Mapo Hall, a huge dusty colonial relic. Lola was born in 1979, not long before my return to Cambridge as a Visiting Scientist to write a book on the Pathology of Tropical Food Legumes, published in 1983.

My next job came in the form of a World Bank development project in Zambia at Chipata, on which I was to set up a national grain legume research team. Laboratories had drawers devoid of equipment but plenty of cockroaches and mouse-droppings. We had land and rainfall as well as several graduates fresh from the University of Zambia, so we set up a large range of field trials with several grain legume crop plants. I also wanted to be able to evaluate some varieties under more protected conditions, as is possible within a mesh-clad screen house in the tropics. I sourced black nylon mesh. However, black nylon was found to be popular with local young ladies for their hair. After completing construction, I found substantial holes cut out of the mesh. I replaced it all with green mesh which remained unscathed!

News from Stockland was that my father had been diagnosed with cancer, and my marriage to Janet, which was always stormy, was worsening. I’d had the opportunity while in Chipata to visit the International Centre of Tropical Agriculture (CIAT) in Cali, Colombia, ostensibly to select crop varieties suitable for Zambian conditions. In the event, it turned into an interview then a job offer. We flew to Colombia early in 1984 and soon thereafter our son Richard was born. I was given the post of Regional Coordinator based initially at the Horticultural Research Station in Thika (made famous by Elspeth Huxley’s book The Flame Trees of Thika). But CIAT failed to reach agreement with the Kenya government, and in 1986 I was transferred to Arusha, in northern Tanzania. Janet had retreated to Cambridge the previous year.

While in Cali, I’d met Leonora whom I suggested came for a visit. She joined me permanently in 1987, no doubt much to the alarm and consternation of her family and friends. Soon Leo acquired an excellent command of Swahili so that bargaining in the market became enjoyable. We stayed here contentedly for the next six years. Early in 1992, we mounted an expedition to climb Kilimanjaro, choosing a week-long traverse across the Shira Plateau, including a night at 5000m inside the crater.

Leo and I were married in Nairobi in April 1992. When my contract ended we returned to the UK, setting up a home near Cambridge where our daughter Vanessa was born in June 1993. My mother was now in her nineties so the following year we moved in with her at Higher Quantock. Having seen my mother through to the end in her own home, just short of her 96th birthday, and after rounding off bits of scientific writing that included another large book on legume pathology, my attention turned toward local ecology and conservation.

We gathered material for a small book on the Wildflowers of the East Devon Coast and rekindled my interest in the Axmouth-Lyme Regis Undercliffs. Occasional opportunities to return to East Africa prompted the completion of another book, this time on Wildflowers and Common Trees of East Africa, on the strength of which I was given the opportunity to lead a safari in Tanzania. Other guided tours have included Galapagos.

Stockland parish is fortunate to own some 65 hectares of turbary, land once used for cutting peat turf for fuel, for firewood and for grazing. Now it is valuable for its wildlife and, over the past 17 years I have been managing the turbaries as part of a committee answering to the parish council. Much of the land is now under Higher Level Stewardship agreement and the biodiversity regained has been impressive. The parish lies within the Blackdown Hills Area of Outstanding Natural Beauty and my involvement with the turbaries led to invitation to join the AONB’s management group and then to the publication of a booklet on Heathland of East Devon and the Blackdown Hills.”