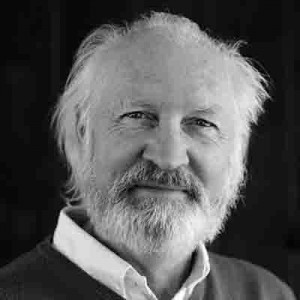 Robin Mills went to Poundbury, Dorchester to meet Howard Payton. This is his story.

“I’ve had a very varied and sometimes complicated life, which is definitely what I intended; people sometimes tell me I would have been better off sticking to one thing, and maybe they’re right. I spent the first few years of my life in East London, where most of my family came from. One of my great grandfathers had a fleet of three ships, which unfortunately all sunk in the same year, and there was of course no insurance then. That was probably when the family fortune left us. I remember walking to school, in the late fifties, in the smog, which unless you’d experienced it, you can’t imagine how filthy it was. My father, a teacher, wisely decided to move us to Sussex when I was about seven, so my two sisters and I were brought up near the sea, and more importantly for me, next to the South Downs. London parks were my only experience of “the great outdoors”, so the freedom of this huge open space was a big eye-opener, and everything just seemed to click into place.

I had friends who lived on farms, and as boys we’d work for pocket money with the haymaking and other jobs. That lifestyle, and the whole farming experience really inspired me, and I was further encouraged by my mother’s stories of being in the Women’s Land Army during the war. Aged 18, she’d been a window dresser for a fashion store in Oxford Street one week, and the next she was on an East Anglian farm with a bill-hook in her hand being told to lay a hedge. I loved to spend time alone walking or horse-riding on the downs, and I grew to love the books of Gilbert White, Richard Jefferies, and W.H. Hudson, who is still one of my favourite authors.

I wanted to do something creative, so I enrolled at Art College in Worthing, initially to study theatre design. I’d really wanted to be an actor, but the family dissuaded me. During my time there, I worked in the Connaught Theatre every other week-end, taking down and rebuilding the sets. And then I found I was quite good at photographing actors and actresses for their portfolios, helped by having access to the college photographic equipment. I was living in digs in an old Georgian house, and helped the owner with conservation work around the grounds, which also provided great settings for the portrait photography. I went on to the London Film School to study film production, subsequently working on documentary films and music videos as a cameraman, and then I freelanced for the BBC on local news stories, mostly in the West Country and Wales. One assignment was to the Cotswold Farm Park, and the rare breeds farm of Joe Henson. Hearing that the Rare Breeds Survival Trust had bought a remote island in the Orkneys in order to preserve and protect the seaweed eating North Ronaldsay sheep, I thought this was the sort of thing I really want to get involved in. Because I was a photographer, with sheep experience, I was invited to go up there, to the island of Linga Holm, one of the very outer isles. So with a small group of people and with some of the locals we went to the uninhabited island, where about 150 sheep had been brought from North Ronaldsay. This island has a stone wall surrounding it keeping the sheep from eating the crops in the centre of the island, which is how they evolved to eat and survive on the seaweed. They thrive better in the winter because of the mass of seaweed thrown up on the beaches by the storms. I went up for two weeks every summer for 15 years, rebuilding the pens and stone walls, and shearing the sheep. If the petrol-driven shearing machine broke down, as it often did, I’d hand shear them, sometimes in the rain, because the task had to be completed while we were there. That was really where the farming, the photography, and the conservation all came together for me.

In the early seventies I ran a small organic estate for the then deputy chairman of BP in Berkshire, while also raising a young family.  I acquired my own rare breeds, starting with Black Welsh Mountain sheep, then Shetlands with their naturally coloured wool. I also learned the arts of hedge laying, heavy horse work and sheepdog training. I was taking on more commercial photography, portraiture and magazine work, and holding exhibitions, while recording the farming scene around me, the work of which I’m most proud.
Later on, in the 1980s, I was invited by Professor Peter Jewell, of Cambridge University, to go to St Kilda with him to study the breeding season of the feral Soay sheep, a project for the National Geographic. St Kilda is 50 miles west of the Outer Hebrides, and was abandoned by the population in the 1930s. I was there for about 5 months altogether, following and observing the rams during the autumn, and then watching the lambing during the spring. The terrain there is precarious with 1500 feet cliffs dropping steeply to the Atlantic. The sheep were completely unmanaged, so in good seasons the population would grow hugely, then crash when there were too many to sustain themselves on the limited grazing. We assisted with carrying out blood sampling for DNA analysis, which involved catching the lambs as soon as they were born—at an hour old they were too fast. On our second visit, we crossed on a tank landing craft, from Benbecula, a trip of eight hours in a flat bottomed boat crashing on the waves of the Atlantic, which made most of those on board horribly sick.

I applied for a Winston Churchill Travel Fellowship to undertake a project documenting the flocks of sheep in Norway, Iceland and the Faroe Islands which are related to our own native island breeds. One of the members of the eminent interview committee was Churchill’s daughter, Lady Soames, a wonderful lady who was very kind to me, and who sadly died only very recently. My application was successful, and I travelled to many remote islands off the west coast of Norway. I also went to Iceland, which was spectacular—practice for the moon landings was carried out there, and one can see why—and visited some very remote farms taking detailed technical photographs of the natural wool colours, in which I was particularly interested. The Faroe Islands were rather like Orkney, but mountainous, and I learned much from a Faroese farmer; despite the total language barrier we could understand one another well enough when it came to sheep management.

For a few years I managed a rare breeds farm at Littlecote, a stately home open to the public near Hungerford in Berkshire. I was also the commentator for their jousting tournaments and appeared in several period films as an extra. My wife and I then acquired our own farm in Devon, where we kept a huge variety of rare breeds of British livestock, eventually opening the farm and nature reserve to the public. It was very successful, and Alison, as a teacher, enjoyed the interpretation side of it; she’s always given farming and conservation a high profile in her teaching projects. Eventually, we decided to move to Dorset, which was always where we wanted to be, and here we are.

Alison and I had both been in community plays in Berkshire, big outdoor productions with about 150 people in the cast, so we immediately joined the New Hardy Players when we arrived in Dorchester, and last year had small roles in Thomas Hardy’s “The Woodlanders”; I also spent several weeks as a supporting artist in the new film of “Far From The Madding Crowd”.  It seemed we met more people in our first week here than we saw in a year on our remote farm in Devon. As soon as that was over, the Dorchester Community play “Drummer Hodge” came up, and we became involved in that. I enjoyed playing the Mayor of Dorchester – George Davis. There were great scenes with some excellent local actors; it was all-consuming and very tiring, but fantastically worthwhile and now we have another 200 friends. On the strength of the role as Mayor, I had the honour of being asked to be the Beadle of Dorchester, which demands my ceremonial presence on four days of the year.

I’m no longer farming, but I occasionally keep my hand in at the Poundbury community farm, and I have an allotment where we grow our own veg; but now I am looking forward to performing later this month in “Wessex Scenes”, directed by Tim Laycock, the next New Hardy Players production. Moving here a year ago, we thought we’d enjoy life at a more leisurely pace—but it hasn’t quite turned out like that!”