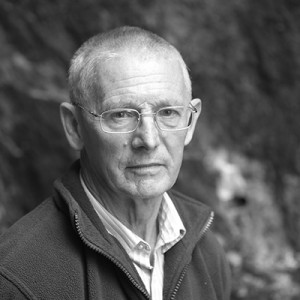 “I was born in Beer in 1947; father had been invalided out of the war. I was an only child until I was 11, then my brother came along. At that time my father was in hospital on Dartmoor with TB. We didn’t see him for two years apart from waving through a window. He was the oldest man in the country ever to have a lung removed at that time—he came through it. I passed my 11 plus and went to Colyton Grammar School. I’d always wanted to go into the Air Force and signed up for an apprenticeship—I was told father didn’t have long to live so I came home and got a job in Axmouth at the boatbuilding yard. Some of the boats I built are still on Beer beach today. I served my apprenticeship under Harold Mears, an incredible craftsman.

My childhood in Beer was fascinating, just after the war; the remains of a German plane crashed in fields nearby which we would rummage through. Once a boy brought a canon shell he’d found into school—we all scrammed! This was also the time I first got interested in the quarry here; as kids, we‘d sneak into the quarry whilst they were still working across the road. This side hadn’t been quarried since 1920. My grandfather accused us one day of exploring the quarry—he’d found some jam jars and a ball of string just inside the entrance. We always took a ball of string in case we got lost, but we never got very far, there are 75 acres of underground quarry. I then started to find signatures of men who worked there hundreds of years ago. We did a project at school about Exeter Cathedral; many parts are from Beer quarry. I found out how much men were paid to quarry, names of workers dating back to the 1300s, feeding the horses—there are fantastic records of the work done here. It fascinated me that there’s a piece of Beer stone in historic buildings all over the country and across the world—we are discovering more and more now.

During my five year apprenticeship boatbuilding, I met Sylvia, my wife, purely by chance at a fairground in Seaton. She was only 16, I was three years older, and we got married when she was 18. Everyone was saying it wouldn’t work; 45 years down the line and we are still going strong. Although Sylvia lived in Seaton, she was born in Beer and we lived just ¼ mile apart but we didn’t know each other as kids.

When our eldest daughter was born I decided to move to a joinery firm in Colyton. I travelled all over the place fitting shops out. In 1982 I had a serious accident; I was working in Bath fitting the new Habitat store. I saw a bloke slip on the scaffolding, we were four floors up, I gave him a shove to stop him falling and went over the scaffolding myself and landed on a GPO van below. I was in plaster for six months. When I recovered, Lord Clinton, who owns Beer quarry, had heard I was interested in taking people around the quarry and asked me to take him around. He was fascinated by it all and I told him this place should never be lost. A short while later I was tipped off that they were going to blast the Roman side flat. I approached Lord Clinton to see if it was possible to get a lease to open it to the public. He granted this but then it came down to financing the project. A number of people showed some interest. I chose a Mrs Gladys Gray (now sadly departed). When she looked around, she understood immediately and said she had a small amount of money and we should give it a go. Singlehandedly, I cleared a mile of mud to make pathways, put up lighting and opened it to the public on 14th April 1984.

I could never have done this without the support of my family. I had to keep my wages very low. Most wives would have said ‘get off your backside and get a decent job’ but I had support all the way through.

We have two daughters, Karen and Natalie. We also became foster parents. We thought there are a hell of a lot of kids who haven’t got a home. We went on to take some serious cases; it was sometimes very hard, but very rewarding. The only reason we stopped was because my wife developed serious rheumatic arthritis and became reliant on a wheelchair. She was so active; she could walk my legs off. It came on very suddenly, she thought she had flu then a week later was diagnosed with this. We have great support from our children. As well as our two daughters, we have a younger daughter who we adopted and two adopted sons. All in all, at my last count we have 11 grandchildren and one great grandchild.

Running the caves as a business was incredibly hard to begin with on my own. My daughters and son-in-law help now. Some days we have 400-500 people visiting and others, just 30 or 40. It’s very unpredictable. I only occasionally do the tours now. What fascinates everyone who works here is what we are still finding. It is all natural and everything has been cut out by hand. You can walk into the entrance one day, dig out a drain and find an old roman coin—picking up something nobody’s touched for years. We work closely with the Area of Outstanding Natural Beauty and Natural England. We have nine different species of bat; among them is the Bechstien, the rarest in the country. We have been very fortunate to have Clinton Devon Estates as our landlord—they have been so supportive over the years, as have the Jurrasic Coast.

One of my great friends, Peter Dare, was the Master Mason at Exeter Cathedral. If you can’t learn something from a chap like that it’s a poor show. He rebuilt the church window below ground here in the caves and it’s still here for all to see. It was originally in Colyton Church, but removed in a so called restoration by the Victorians. It needed a home so Peter Dare and his apprentices, including myself, took it apart in Colyton churchyard using traditional methods. It had been originally carved underground here in the Spring of 1492, in 58 pieces by candlelight.

At the moment old pieces of stone are rescued from Beer buildings but there is a chance, once all the permissions are in place, we could quarry an area down in the caves for restoration at Exeter Cathedral. We did cut some stone in the 80s, by hand, but we couldn’t match the rate that one quarryman could work at with two of us doing it.

Of course the caves were also used for smuggling in Jack Rattenbury’s days, about 250 years ago. The ancestors of the old local fishermen remember the stories. The customs man was called Scott and so, because of my name, I still get reminded of this today.

Mainly, if you couldn’t fish in Beer then you became a quarryman in the caves. The wages were less than a farm labourer and you had to buy five tallow candles. The stonemasons were given free candles. Many of the quarrymen’s wives were involved in lacemaking. One hundred of them took eight months to make the lace for Queen Victoria’s wedding dress. It left the stagecoach from Honiton which then gave it the name of Honiton Lace. There was great rivalry between Honiton and Beer lace makers. May Wakley a lace maker in Beer was sat outside her house one day with her lace pillow and bobbins in her lap. She called me over. Another lady was chatting to her who came from Honiton. She was bragging as she had just been commissioned to make lace for a speaker in the House of Commons. May replied with ‘this piece is for the Queen’, and it was. There was similar rivalry between the quarrymen and the stonemasons. Beer has changed over the years; I used to know everybody, now I don’t have a clue. The days everyone would stay and work in the village have gone.

In the early years when I was fighting to get started here at the caves it was my determination together with massive support from my family and friends along the way that really made it happen. I have always had a thirst for knowledge. I remember my father saying to me ‘Wherever you walk someone walked before, but remember what they may have left.’ I walk everywhere looking out for things; you just never know what you might find.”