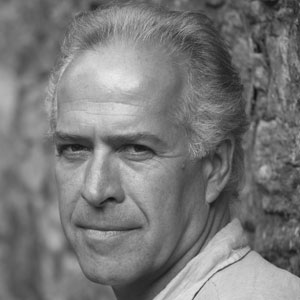 Fergus Byrne went to meet Nic Jeune in Bridport. This is Nic’s story.

‘I was born in Jersey in 1954, which was nine years after the end of the Second World War – nine years after Jersey was liberated from Nazi occupation. My parents were both there for the entire war and like a lot of their friends they married after the war. My Dad started work at 15 when he got a job working as an office boy for a law firm. During the war he studied at night school and did his exams and after it was over he qualified as a Jersey lawyer and formed a law firm in partnership with two others.

He was brought up a Methodist and has been a lay preacher since he was 25 years old. My Dad was not a teetotal Methodist though. He can remember embarrassing moments when a slightly rickety cabinet would accidentally open showing bottles of whisky and gin when church people came to visit. ‘Medicinal purposes’ was a popular comment at those times. We come from a long line of Protestants. My father can trace his family back to Huguenots that came from Montpellier; to two brothers Philippe and Jean Jeune, who were tailors. They were part of a huge departure of Protestants out of France during the Catholic pogroms of the time.

As my father had done well, he was able to send me to school in England when I was eleven, an opportunity he had never had himself. And though I am in all aspects English I have this French root to me. I remember coming to school in England being a deeply shocking experience. The cultural change was huge. For example I had a very continental understanding of personal space. When I interacted with people I would get right up close to them. So much so that people claimed I pushed them into the hedge when I walked along with them. It took me about three years before I got to terms with the different view of personal space. So my life in England really started from age eleven. I remember being escorted across England by Universal Aunts. These were ladies who got a small income for escorting little boys from place to place. Occasionally I would get a train from Waterloo to the ferry at Weymouth and I remember how the train went right through the town. The tracks are still there. If you put your hand out the window then you could touch the houses as you went past.

Jersey went through a huge transformation in those days. Agriculture started to disappear, tourism lost out to cheap package deals to Spain and elsewhere, and fishing, like all fishing around the British Isles, shrank. So Jersey changed into a financial centre.

Although I was the first of the family to go to University – I went to The University of Birmingham to study law – it was a teacher from my secondary school that inspired me to act. He was called Stephen Sidall and he was passionate about theatre. So by the time I went to Birmingham I was pretty keen. We had a Guild Theatre Group and in the first year I was a Guild member, by the end of the second year I was running the group and in the third year we did seventeen productions. We did lunchtime theatre, evening shows, mini festivals and people like Jude Kelly and Victoria Wood would come to work on our shows. We did a lot of wacky theatre because this was the 70s and we were living in the legacy of Woodstock and all that.

It was around that time that I answered an ad in the local Birmingham newspaper and got the lead role with a production company to tour all over England ending up at the ICA in London. I started that two weeks after I had completed my finals, so I hadn’t even left University. That was when I decided that I wanted to become a professional actor. I got my degree but never practised the law. I was a solicitor’s clerk as an out of work actor though.

Next job came after I saw an ad in The Stage for a theatre company called Incubus which was based at the Oval Theatre, London, which at the time was considered a hotbed of new theatre. I got recruited into Incubus where we toured festivals playing pretty outrageous shows. There were festivals like the Hood Fair in Totnes, The Elephant Fair in Cornwall and the Albion fairs in East Anglia. It was essentially street theatre, you would get up in the morning and put on your costume and stay in character until the end of the day.

I have always believed that chance meetings and random moments can sometimes bring dramatic change to life. Going to an audition for an expenses only show at The Edinburgh Festival led to a five year stint of Shakespeare productions with the director, Deborah Warner. It was a fantastic time where I really learned how to perform Shakespeare in a way that actually engages people. We toured to places like Egypt and the former Yugoslavia. After that I had a good reputation and had the chance to play lead roles in many theatres but there was an increasing desire in me to get in earlier at the start of the creative process. As an actor you often get given your costume and told how to play the role, and that’s that. That could be very frustrating.

I then got a job with one of the few independent TV production companies around at the time. I did a film in California called Murder in Oakland with a Director called Karl Francis. Oakland was the size of Luton and had a murder every two days. We were to work with the homicide squad. As it happened Karl was still developing the story and I basically became his assistant for everything. Ving Rhames and Eriq La Salle were two of the actors in the film but the main character was a kid from the projects that Karl had found playing beside a railway line one day. I had to ferry the boy back and forth from the local projects to the set in the company Lincoln Continental – a car that stuck out a mile in the projects. It was an amazing learning curve because, not only was I experiencing a world that was a lot rougher than I had ever been so close to, but also I was immersed into film making by this Director that basically expected me to do everything for him.

The next big break for me was  working with Peter Kosminsky as his assistant Director. We worked for over a decade together. Probably the most successful thing we did was The Warriors, a BBC 1 drama about a peacekeeping force in Bosnia which won awards all over the world. The work with Peter was tough and demanding and the results were lauded so I became known as a good person to have on difficult projects, so during this time I also worked on many low budget British feature films with a lot of ambition but not enough money.

In 2002 I moved to Bridport. It was very much a lifestyle decision. Anna and I both wanted to give our children the chance to live outside a city. The beauty of Bridport is that it lives its own life because it’s really outside the circumference of any city. It is a town that punches way above its weight. For a relatively small town, in a not easily accessible place, it has an unbelievably rich cultural life. You feel that people here want to be here and be part of the community, contributing to life. Whereas many of the London satellite towns are just places for people to spend time away from the sweaty city for the weekend.

I have recently set up a drama division of a company called Touch Productions in Bath. We are currently working on about eight projects. Mainly feature films at the moment. It has always been my ambition to make drama here but that has not happened yet. I also have a post at Bath Spa University, which is very innovative in its teaching methods and I run a business for the third year students to work with real clients. I manage the company and play the role of industry mentor. The idea is to make the students more employable.

I have also been working on From Page to Screen, a new film festival for Bridport. Look at any list of Oscar winning films and more and more are made from adaptations. So this will be the first film festival in this country dedicated to literary adaptations and it seems a natural development of the Bridport Literary Festival. This April will run a week of great films at The Bridport Arts Centre.’