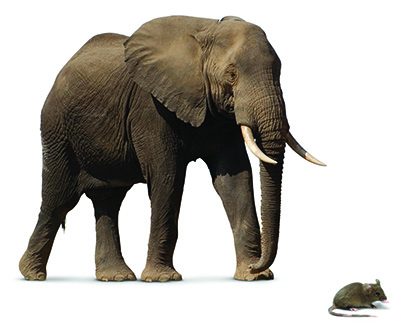 So, as the family are gathering for Sunday lunch, I shall put on my nice smart cardigan—the one with the natty Val Doonican style grey diamonds. Shock… Horror… Ragged moth holes all the way down the front… it’s unwearable!

Of course I had tried all forms of clothes moth deterrent over the winter—everything from cedarwood moth balls and lavender sprays to male insect pheromone powder and even sticky moth glue. The latter may deter moths, but it also covered the bottom of my sock drawer with a gummy layer of blue goo. Over the years, moths have evaded all my chemical defences and reduced many of my sweaters to oceans of holes. Up until last year, my favourite item of clothing was a rather cool black woolly waistcoat, although my wife did remark that I looked a bit like a slug in it. Perhaps this was a compliment, ‘not sure… Anyway, the item even came pre-sprayed with anti-moth peppermint oil so it was bound to be safe—NOT! Obviously we’ve got different clothes moths in our house as they love the stuff so much they probably lie awake fantasizing about polo mints and even lay their eggs on my spearmint plants.

Of course, I now realise I should use natural predators—nature’s way of turning pests into prey. I read that bats, birds, spiders, frogs and lizards all love to eat moths, so all I need to do is put a shallow pond behind the bed and fill it with a colony of frogs. The pond I mean, not the bed. The nocturnal croaking at least might cover my snoring. Either that or I breed bats and let them hang from the ceiling just to the right of the wardrobe, but I think they’d create a hell of a mess on the carpet below. An army of spiders might upset my wife (and me), so I’ll search on eBay and try to adopt a cute chameleon—very slow moving but with an 18 inch tacky tongue for a lot of ‘mothing up’. When he’s done with the bedroom and provided I can find him again (chameleons change colour and can be almost invisible), he can go into the greenhouse and finish off all the blackfly and greenfly for dessert. This is obviously the best method of pest control: entirely natural and effective and good for both parties—the hunter and the humans.

Snails are a continuing nightmare for all gardeners—including part-timers like me. Those little blue pellets aren’t good for the environment, so let’s give a break to a needy species: Ms Tiggy Winkle, the humble hedgehog. Top of their list for a dinner snack is a nice fat juicy snail, so I shall breed hedgehogs and save my lettuces. And since hedgehogs are themselves highly endangered, there’s a double benefit: keeping the numbers of hedgehogs up and the number of slugs down.

I can take this concept further. For example, if you’re infested by hordes of ants, there’s an obvious solution: hire an ant-eater from a nearby zoo. One of the ways that zoos could make useful extra dosh is to hire out some of their residents (complete with attendant keeper of course). Let’s say £50 per day for an ant-eater, a mere £10 per half-day for an iguana to rid your home of cockroaches and £30 for a Harry Potter-style snowy owl to purge your house of mice. This is excellent value as there’s no point in going over the top with mice and hiring an elephant. Everyone knows that elephants are terrified of mice…

The one pest that is currently top of all beach resorts’ hit list is the seagull. We’ve all read of ‘skyrat’ seagulls beating up small dogs and terrorising holidaymakers. They’ll even devour your fish and chips out of the newspaper before you’ve got a chance to eat your own lunch. Two regional councils have now advised putting anti-bird spikes on top of all coastal buildings. That’s fine but it won’t help keep my car clean from revolting streaky white gull poo as I can’t easily put spikes on top of my Ford Mondeo.

Another local council has advised releasing sparrow hawks to control the gull menace. Are they serious? Have they ever been up close and personal with a gull? These things are BIG. I reckon gulls would consider a hawk as a mere ‘Hors d’oeuvre’ before their main course of fish and chips, discarded hamburger buns and the occasional stray cat or two. I don’t think there’s any local predator that could drive them away.

A serious problem needs a serious solution and, since we’re on the Jurassic Coast, I think we need a major ‘Jurassic Park’ style initiative to clone a few pterodactyls. With sharp teeth and a wing span of over ten feet, even a sea gull would think twice about messing with a ptero-whatsit. Tourists to Exmouth, Lyme Regis and West Bay would finally be able to eat their ice cream cones without fear of gull-attack. But they would probably have to keep any small children and frail elderly aunts inside after dark for fear of low swooping attacks by ten foot sky monsters. Does anyone know how to control pterodactyls?