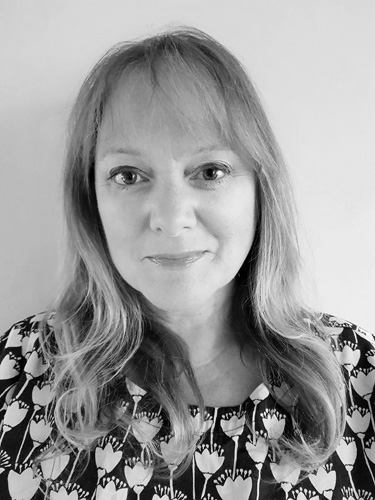 Honiton is well-known for its major role as a centre for hand-made lace. Thousands of fingers worked painstakingly for many hours to create lace adornments for the clothing of the rich. Margery Hookings talks to folk song collector Amanda Boyd about what she discovered as part of a project which brings together archive film and music for people with dementia.

According to the Allhallows Museum of Lace and Local Antiquities at Honiton, one square centimetre of lace could take up to five hours to produce. Large pieces like collars or handkerchiefs could take up to 1,000 hours.
This bobbin lace, with its scrollwork and designs from nature, made a name for the town in the 17th century.
It was a cottage industry, with the majority of lace being made in the homes of the workers, who were often the wives of poorly paid labourers and fishermen. Often these people were controlled by shop owners, who employed teams of workers to produce the lace for sale in London and other markets.
It’s made by hand in a miniature weaving process, the ‘loom’ made from pins placed through a pattern on a straw pillow. Very fine threads held on bobbins are woven back and forth to build up the pattern. Variations are created by the use of different stitches within the pattern.
But by 1800, handmade Honiton Lace was becoming obsolete with the invention of machine-made net, which was much cheaper to produce. In 1840, however, the fortunes of this skilful craft took an upturn when Queen Victoria married Prince Albert in 1840 in a dress trimmed extensively with Honiton Lace. It proved an important boost to lace making in East Devon.
Looking through the Windrose Rural Media Trust archive, Somerset folk singer Amanda Boyd came across a silent film of a lacemaker in Malmesbury, Wiltshire, from the 1960s.
She wanted to find out what the woman was doing and find the appropriate song to accompany the film for her series of YouTube songbooks, in which she combines song and archive film to great effect for people with dementia. Ordinarily, she would be visiting memory cafes but, since the coronavirus pandemic, she has been working via Zoom. Amanda’s presentations are now available to the public on YouTube.
‘The lady was sitting outside her house and was filmed whilst she worked with her bobbins, pillow, and thread,’ Amanda explains. ‘I was intrigued by this little film. Knowing nothing about lacemaking, I wondered what the lady was doing.
‘So I contacted Honiton Museum who then put me in contact with an experienced lacemaker who gave me a running commentary when we watched the film together on Zoom.’
Amanda realised that, just like the shanty singers at Portland Quarry and the farmers in the field, women and children sang as they worked on the lace, creating a rhythm to make the job easier.
Guided by the curator at Honiton Museum, she found a song known as a lacemaker’s ‘tell’ in the Vaughan Williams Memorial Library’s online archive, which had been printed in the Bedfordshire Times and Independent in February 1904.
‘My story was coming together,’ said Amanda. ‘Now I had a film, a description of a lacemaking process, and a song. But I wanted to know if anyone had completed research about the songs themselves.’
So she turned to the internet where, through the ‘By the Poor, For the Rich: Lace in Context’ website, she found David Hopkin, Professor of European Social History at the University of Oxford. He is a social and cultural historian of modern Western Europe and his research includes women workers, especially servants and lacemakers.
Says Amanda: ‘We watched the film together on Zoom and chatted about lacemaker songs. The children’s lacemaking stories were particularly evocative. This raised several questions— would children sing? Would they sing quietly to themselves? Would they use the songs to disclose things in their lives, communicate a shared experience with the other children? Perhaps they were told to sing to speed up production. Was there any ever fun in the lacemaking classroom?’
She discovered that many lacemakers learned their craft at lacemaking school where songs were used as part of the creative process. Many ‘tells’ refer to domestic violence, from husbands and the ‘lace mistress’ who supervised the students.
Following the Bedfordshire leads, she then found The Higgins Bedford Museum. ‘The Keeper of Social History’ Lydia Saul shared several photos of lacemakers, which Amanda has used alongside David’s narration.
Says Amanda: ‘According to The Heritage Craft Association lace making is on the viable crafts list and long may that continue!’
Amanda’s digital presentation weaves together her research and can be found on Windrose Rural Trust’s close encounters website.
‘I’m very grateful to Honiton Museum, Chard Museum, Professor Hopkin and the Higgins Bedford Museum for all their help.’
You can find out about Amanda’s search for more information in this YouTube presentation https://www.youtube.com/watch?v=MnXE7mkk_yA

Lace making became a major industry in Chard from the 1820s. The town was one of the places where factories were set up following riots and unrest in traditional lacemaking towns like Nottingham.
But in 1842, the workers at Chard’s lace factories had also had enough. It was a hard life. Faced with harsh working conditions and cuts to pay, many were nearing starvation. In August of that year, they gathered together to voice their desperation. When the Militia was called to break up the gathering the protest escalated into a riot.
In 2005, the townspeople of Chard wrote and acted in a radio play which you can hear as an audio tour on the Chard Museum website. It gives a fascinating insight into the social pressures behind the riots.
The play was made with the technical help of the Windrose Rural Media Trust (formerly Trilith), directed by Holyrood School’s head of drama, Dave Walsham, and funded by Chard Town Council.
The audio takes the form of a walk around the town where the events took place. It’s worth setting aside a couple of hours to enjoy the piece—and time is something many of us have at the moment.
You can hear it via this link – https://www.chardmuseum.co.uk/chard-lace-riots-augio-tour