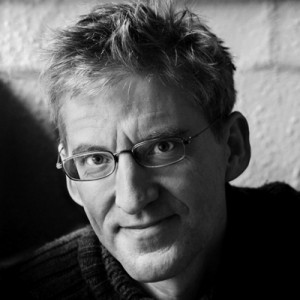 I’ve spent over half my life in America. When I was a student, I had no money whatsoever and would always go to this shop in Chapel Hill, North Carolina and buy stuff that was way out of date. I spent an enormous amount of time eating things out of packets. Cottage cheese with pineapple was an obsession. Peanuts are a hugely positive form of food. Travelling around the Deep South it was so much easier to stop at a petrol station and buy a bag of peanuts than to go into some awful fast food place. American fast food is disgusting – the very notion of fast food is an anathema. The point of food is to enjoy company and so if you need fast food, you just buy some peanuts. But if you’re sharing food you take a good long time over it, that’s the point.

At root I think food is a medium to facilitate human relationships. I’ve always found dining by yourself to be a remarkably lonely, sad experience, that’s not alleviated by food that’s wonderfully presented and fantastically flavourful. I think if you’re going to cook for four people you might as well cook for twenty, it’s really not much harder work and it’s worthwhile.

I was a vegetarian for 8 years but I always made an exception for Newmarket sausages. I grew up there and the sausages are the best in the world. Vegetarianism is probably a luxury of the privileged – many poor people can’t afford meat but on the other hand we who are rich can definitely afford to choose. I have total sympathy with people from less advantaged countries, who need to eat whatever they can eat to get by.

I would certainly draw a link between the grossly over indulged rich and the poor and starving. My Mum would say that if we were all focussed on helping those who are less fortunate than ourselves everyone would be happy. I can’t fathom why people who are so advantaged don’t want to focus all of their time on helping people who are less advantaged than they are. It seems obvious to me.

I spent most of my childhood at boarding school and the only edible thing was sausage, eggs, chips and beans, for Friday evening for dinner, I can remember that quite clearly. I so didn’t like the food and I never had a positive image of myself and I had an obsession about my weight. Basically I developed Anorexia.

Looking back at it now, no one dealt with it, no one knew really, certainly no one paid any attention – they just thought I was very skinny. My relationship with food was filled with anxiety for a long time after that – I’m free of that now and I haven’t thought about it for years – but I really did suffer until I was about 21 and I really, really worried about being fat.

I worried for a long time about what I was going to do with my life. I was studying physics, chemistry, mathematics and further mathematics, the path of my life had been designed; go to Cambridge; study Natural Sciences – and I just didn’t want to do it. Suddenly America presented me with something I wanted to do and it was wonderful.

I think I discovered that I could be happy by focussing on others. It was very fortunate and I don’t think in any way it makes me a better or more moral person. I found a way to be happy and I didn’t have to worry anymore about being fat. I found a mission and after that everything was obvious. It gave me a sense of calm. Once you’ve got the thing you love doing, it’s fantastically easy.

I was born in the same hospital in Cambridge as Nicky Ingram, one of my guys on Death Row. When they were killing Nicky back in 1995 it became a total circus, everyone obsessed by the fact that he was British and was going to get executed and so they all flooded to America to do the story and pretty soon they ran out of immediate stories to do, so they started doing other stories and one of them was the Last Meal.

Some idiot did a piece about what different chefs would have for their last meal and they had this debate about Chateau this and particular types of pâté and I thought you people, you would vomit if you had to order your last meal and Nicky had a far more sensible attitude which was ‘Why would I want to eat when they’re just going to kill me and I won’t even have time to digest it?”

Two summers ago we grew a lot of food but we didn’t honour the harvest so this last year we used the bean canes to grow sweet peas. I remember my only capitalist enterprise was when I was 10 or 11 and I bought all of their garden plots off the other boys at school, so I owned the whole place and I grew enormous amounts of food. But I learnt a salutary lesson, which was that term ended in early July and of course the harvest came after that. By the time I got back in September it had all gone to seed and it was a hopeless disaster. I used to despise flowers and thought food was the way to go but actually I’ve come full circle now and I like growing flowers. And of course Wilf is much more entertained by having a lawn on which we can play games, than by Daddy growing him some beans.