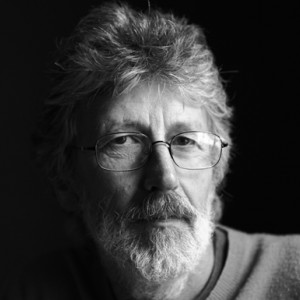 “I was born in Chippenham, Wiltshire. My father was a policeman but shortly after I was born he joined Woolworths and trained with them, so I moved around a lot as a child, living in rented rooms, then a caravan on a farm near Stroud. Our first house was in Banbury where we lived for five years, and most of my secondary schooling was at Keynsham Grammar School between Bath and Bristol where I managed to fail all of my A levels, heaven knows how or why.

I had no idea of what career I wanted but lots of my friends were joining the Civil Service because there were lots of civil service establishments in and around Bath. I was interested in science so I joined the Scientific Civil Service. I joined the Royal Naval Physiological Laboratory in Gosport, Hampshire, where they did research into decompression sickness – the bends – for Navy divers, and produced decompression tables. I worked there from 1971 for five years. This is where I met Sue, my wife; we got married and transferred to the MOD in Dorset, to the Underwater Weapons Establishment on Portland.

We lived in Dorset for five years until 1980, when we both found work outside the civil service in the flight simulation industry. We became software engineers, programming for flight simulators in a small computer consultancy in Worthing but mostly subcontracted to a company in Crawley, near Gatwick Airport, building flight simulators for Boeing for six years.

We were being really well paid in flight simulation; we had a nice house in Littlehampton and were travelling a lot. Sue spent time in Tulsa, Oklahoma. We both worked in upstate New York while the children were young, and I spent some time in Iran with flight simulators there. This was all very interesting but we had two children and were taking it in turns to look after them as well as working, so we were only really meeting each other at weekends, which isn’t very good for a relationship. My father had been a Woolworths manager for many years, so shops weren’t an unknown environment to me. So we decided to try a shop and to go back to Dorset. We found three places on our first look; there were two post offices in Bradpole and Buckland Newton and the wholefood shop, Fruits of the Earth, in Victoria Grove, Bridport, where I still am.

We had practically no interest in food and health before, other than enjoying eating good food. There was a small health food shop near where we lived in Rustington where we used to pop in to get brown rice, cake and bread, but as we were both working we had a standard issue life going to the supermarket, doing our weekly shop, and getting home with it as fast as we could.

The shop had been Fruits of the Earth for about four years before we arrived, starting in 1982. We built it up, putting in shelves, increasing the stock; we didn’t really know what we were getting into but we had a get out clause when we first arrived, as our employers in Sussex said we could go back if it didn’t work out. But very soon we decided it was going to be the life for us because we loved being in it; and doing it and meeting people; chatting to people. We learnt a lot very quickly because we had to. We asked our wholesalers what things were for, why were people buying things; we asked our customers why they were buying them, and we learnt from them. We did a few courses, and we asked lots of questions.

We do have an effect on a small part of the local community as we have face to face contact with people and can talk about things; we provide locally grown organic produce from two or three local growers which also gives them an outlet. But as a percentage of the local community what we are doing has quite a small effect compared to supermarkets, as there are fewer people coming through our shop.

When we first arrived here we never really had an explicit plan to contribute to the local community, as we didn’t know what the local community was like. We had never really experienced one before, having been working away from where we lived a lot of the time. Any contribution we have made has really been achieved by being here and doing what we do. We contribute by providing a space for people to sell things; we talk to people about what they are buying and why they are buying it, helping people out generally. Sue has contributed in other ways while we have been here because she was on the Art Centre committee in the town for a while, she has taught locally and has become a massage therapist, so she has been out there doing more in the community whilst I have been concentrating on the shop.

Locally we are quite blessed by having lots of healthy food available that has been locally produced. We are used to it in the town and around us. People visiting Bridport for the first time are intrigued by so many independent local food outlets. We have fishmongers, butchers, bakers, greengrocers, shops that many small towns don’t have, and health food shops of course.

Globally the growth of organic, locally produced food has to be good for the planet and the local community. I am guessing that there will always be a place for supermarkets but I don’t think you need five in a town the size of Bridport. The main problem with supermarkets that we face locally and globally is the amount of wastage; food waste, packaging waste. They often don’t pay fair prices for food they are buying in from producers, for instance milk; what they pay for milk is very little compared to what they sell it for.

I can see a place for supermarkets as we can’t expect people to shop in independent shops all the time, because it takes up too much of their time and people are busy working. Supermarkets can sell some things cheaply that should be cheap, which is a good idea, but they need to be restrained in what they sell, how they sell it, how much packaging they use, how they deal with waste. A big problem is the delivering of goods by lorry and the carbon emissions caused by lorries on the road, because we have an appalling rail network. Things like that are difficult.

In some supermarkets I am sure the quality of food is good, particularly when the food is organically grown locally and waste is reduced. Our wholesalers have all come out against genetic modification so we can guarantee that the food we sell is not genetically modified. We can talk about the goodness of the food we are selling.

There is an old maxim which is: Think globally and act locally. If everybody acts locally it will have repercussions throughout the whole world. For instance, there is no need for the use of palm oil in products. The planting of palm oil plantations destroys habitats. When tropical rainforests are destroyed, the amount of carbon in the atmosphere is increased. We can stop buying things containing palm oil. Even as we speak there are plans to build a palm oil burning power station on Portland, very close to us, so people need to think about whether we need to be planting palm to produce oil to create energy. Should we be using land to grow things to burn to produce energy when we could be using land to feed people? Politically and economically we have to think of the effect our decisions have on others in different parts of the world.

I believe we are inherently moral creatures, though we do need to remind ourselves of this sometimes. Interestingly in the past morals were often faith based so they were brought to us by religions. In these days of growing irreligiousness it would seem that we still have those morals, so it is a secular morality that we are experiencing, which I think is a good thing.”