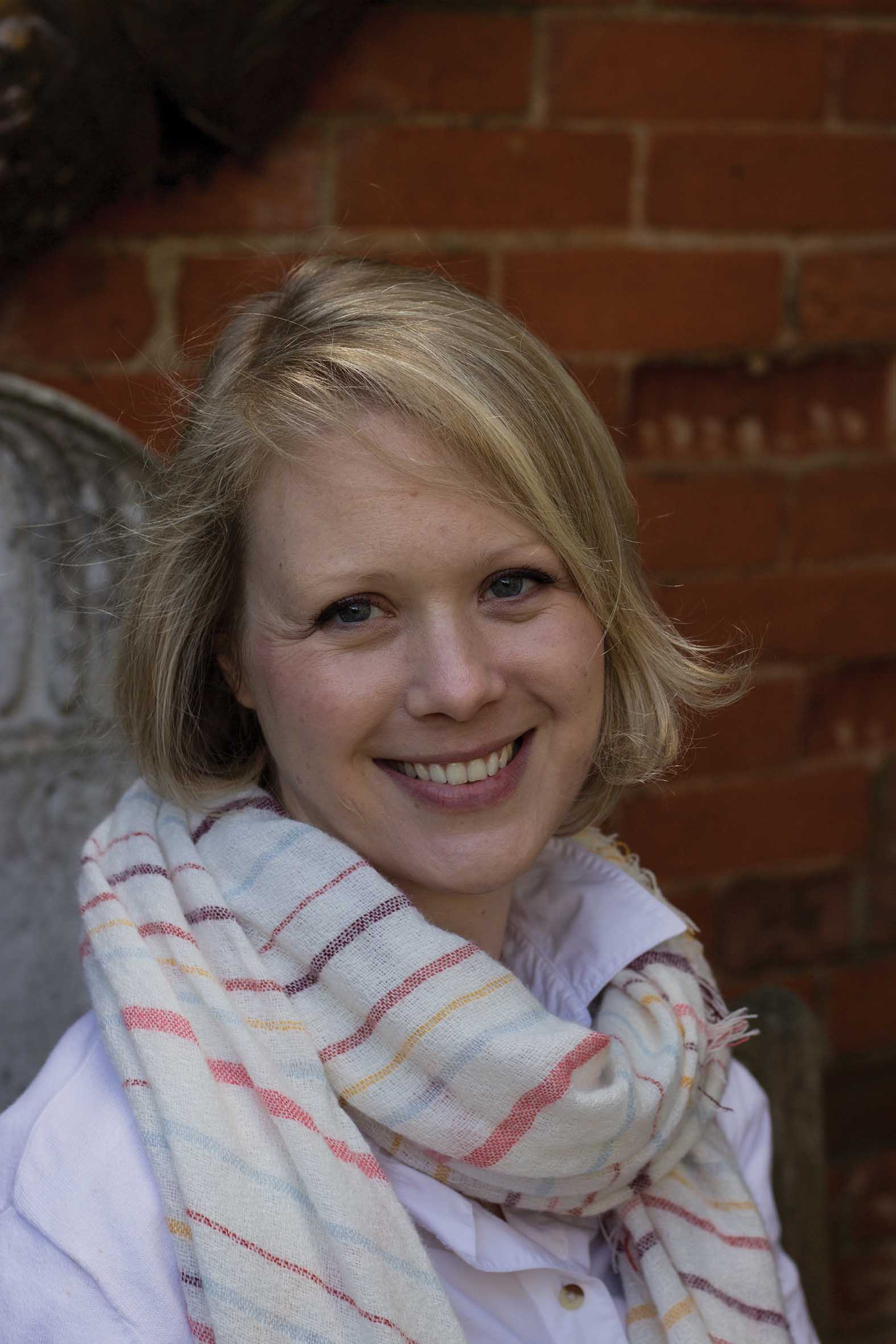 It’s fair to say that the first few months in a new job can be a challenge. There are new people to meet, new processes to learn, new procedures, new structures and a new environment to deal with, and on top of that there is often an information overload that can overwhelm even the most confident new employee. But for Laura Cockett, Director of Bridport Arts Centre, the hidden challenges she faced when first arriving to take over the running of one of the finest community arts resources in the South West, left her feeling a little like a sparrow trying to get through a glass window. Enthusiastic plans that she had worked on whilst preparing for her move from Liverpool were met with a barrier that most people were simply not aware of.

Arriving at the end of 2014 she discovered that Bridport Arts Centre was in one of the worst financial positions in its long history and all of Laura’s hopes for new programmes, new initiatives and new energy had to go on hold. Things had reached a tipping point.

With the quiet professionalism that she exhibited throughout those turbulent times she explained what happened next. ‘When I arrived I found out quite early on that the Arts Centre was in some serious financial difficulty’ she explained. ‘I suppose the first six or seven months was very much about a sort of race against time to arrest its declining financial fortunes.’ The situation was so bad that, at Trustee level, discussions were about the risk of insolvency. ‘It was really serious’ she admits.

She embarked on a series of fairly drastic and imaginative cost-cutting exercises as well as a programme of research to see how the Arts Centre could operate sustainably. The job left little room for any rose-tinted hope of a local arts centre muddling through. The only way to progress was to take tough decisions and scramble to find funding. And that also meant getting the message out that Bridport Arts Centre is a charity and like every other local charity it needed local support. ‘We seemed to have stopped saying that’ said Laura. Despite a general perception to the contrary, only 16 – 17% of the money needed to operate Bridport Arts Centre comes from public funding. The rest is raised from ticket sales, private donations, membership and funding initiatives.

She and the Trustees realised that capital development, always a subject under discussion, was now very necessary. However, like in any business, raising capital takes time and immense perseverance. But thanks to a concerted effort, Laura and her team managed to secure a capital development grant that was topped up by donations from the local community.

From then on everybody involved in Bridport Arts Centre found themselves on a rollercoaster, one that often seemed to be on an endless loop. Ensconced in a Portacabin on the forecourt of the old Wesleyan Chapel the team worked on their programmes, sold tickets and carried on the day to day work and the forward planning necessary to run the Arts Centre. At the same time they were dealing with both the inevitable fallout from tough decisions and the unavoidable problems associated with any capital project—not least the difficulties associated with one where the time scale was determined by the threat that funding could be withdrawn if the job didn’t progress in time. Describing it as ‘a really ambitious capital development project’, Laura points out that the current improvements are just one stage in the evolution of the building. ‘We are stewards of this community resource’ she said. ‘I won’t be here forever. The Trustees won’t all be here forever. We are doing our best in the time that we are here to preserve and strengthen the Arts Centre so that it can really go on and thrive, and we need to work with our community to do that. It was a very mad time but we’re really grateful for all the support from the community. And the thing that I think touched us the most was that we raised over £40,000 in donations from local people, which shows how much they care about this venue and how much they believed in what we were doing.’

Now, two and a half years later, Laura feels that she can begin to advance the plans she had before she took the job. ‘It’s as if I’m back to my first day’ she says. ‘Now I’m really able to start focussing on the things that I want to see us doing.’ She has set up an ambitious programme of initiatives that have young people, those with young families, and the local community in general, at their heart. She is very excited about the ‘Backstage Pass’ youth membership scheme, which is free for young people, aged 14 to 25 to join. Through this initiative they can come to a selection of live events in each season for £5 and all films for £3. They also receive a copy of the Arts Centre’s brochure in the post. ‘It’s fantastic to see these young people arriving, clutching their yellow Backstage card and getting their £5 ticket’ she says. The system also has the advantage of helping the Arts Centre to reach the families and friends of those people who may not otherwise have thought to come.

Always concerned about the lack of provision for young people, especially in provincial towns, Laura is keen to expand on another programme run by the Arts Centre. ‘We’ve got a youth theatre which we’ve been running for years, which is now fully subscribed’ she explains. ‘But we’re starting to operate a waiting list and we’re considering whether or not we ought to be running two groups as it’s increasingly popular—because there’s such limited provision for young people.’ In the future she also hopes to start a young producer’s programme which will be promoted through the Backstage Pass membership, as well as through the youth theatre and local schools. The plan is to get a small group of young people together, who will be supported to work with the Arts Centre over a period of time, at least a year. They will meet regularly to create events themselves. ‘It’s a proper development opportunity’ she says, ‘where we will then talk to them about the kind of events that they want to put on. We have secured some funding so that the group of young producers will be given the building and a sum of money for a weekend, for three days, Friday to Sunday, to do what they want, for their peers. And then there is a longer term aim to run a young curators programme.’

As we live in a world where it is increasingly difficult to reach out to young people who are bombarded with digital input on an hourly basis, Laura is keen to ensure that these new initiatives are seen as something enabling and not just a token effort to fulfil a funding criteria. In January she set up a consultation event inviting young people to come along, and not just listen to what the Arts Centre were proposing, but to ask them what they really wanted. She felt the feedback was fantastic, partly because, as she explained ‘We were really honest with them.’ She was clear with them about the limitations. ‘A lot of what I think goes on between young people and organisations and institutions where they live, is that there’s a tendency on one hand to decide what they want and need; and at the other extreme, I think to over promise, and that’s equally bad. What we did is we said, “We need to be really clear about and manage our expectations and your expectations, and let’s just be really frank”, and I think they really appreciated that.’

This effort to inject new energy and opportunity into Bridport Arts Centre doesn’t end with local youth. Laura and her team are working hard to develop the programme in order to make it easier for people to choose what they are interested in, but also to reach out particularly to even younger children and families. ‘We are a multi-arts venue in a small town that is trying to do something for everybody in the community’ she said, ‘and actually the challenge with that is it can make it seem unclear about what we do.’ Because venues like the Arts Centre need long lead-in times to produce programmes, it may not become apparent until 2018 but there are plans to include more shows, more workshops and new themes as well as subtle shifts in what’s on offer, both musically and through other arts projects.  She explained however that, as a venue, Bridport Arts Centre won’t be standing still. ‘We don’t always want to play safe.  We want to be able to take artistic risks and we want to invite our audiences to take risks in what they come and see, to try something new or try something they’re not sure they would like.’ Laura wants to see Bridport Arts Centre as a thriving venue ‘that takes a holistic approach to the way that it delivers work.’

Along with the professionalism that has helped weather the storm of the last couple of years, Laura also has high ambitions and a contagious zeal for the future of the Arts Centre. She hopes to continue to develop the building so that they can attract the very best work in visual arts and in performance. ‘We want to be a venue of national, and even, dare I say it, international reputation’ she says.

And as she says, there is no standing still. A recent successful application to the Arts Council to help the team become better at fund raising means that every time someone makes a gift to the organisation, the arts council will match that money pound for pound for three years.

It is clear that every penny raised makes an enormous difference and with the right support there is little doubt that Bridport Arts Centre has a bright future.