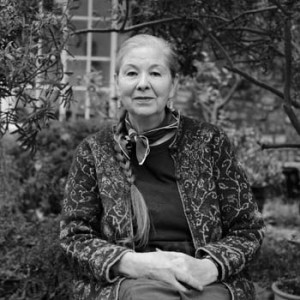 “My father was an army officer, and it was when he was posted to China that he and my mother met. She was quarter Chinese, quarter Spanish and half German. Later my father was posted to India, so my sister and I were both born there. Life for an army family in those days in India was very different to home life in England. We had servants, an increasing number as my father rose in rank, so by the time I was four, I was really being brought up by Indian people; I had an ayah, there was a bearer, there were gardeners, cleaners, a cook, and people who did the washing up. As a result I became fluent in Urdu, and because I spoke it rather better than my father, I became an underage translator for him. He would sometimes have to interview Indian soldiers, for example when they requested compassionate leave, and would haul me in to translate what they were saying. This could be quite distressing for me, as sometimes he made it quite clear he didn’t believe their stories, and I was pleading on their behalf. I think this experience was formative for me; I felt like an outsider from an early age, and maybe that’s helped me to listen objectively to people’s arguments, and then to try to help them achieve their goals. I’m sure my parents loved me, but I didn’t really see a whole lot of them, having servants to do all the things parents would normally do. I was a daughter of the Raj.

When I was five, I was sent to boarding school in the hills, where it was thought to be better for my health. I reacted badly to the frequent vaccinations we had as children, so I spent three years at school away from home. I didn’t actually recognise my mother when I came back, and felt unsettled by not being too sure where my home really was. Then when I was eight, we left India and returned to England. We arrived at Southampton in the sleet. It was a very big change for me; suddenly we had to wear shoes all the time, suddenly there’s no sun, just a dismal grey light, and there was drab post-war austerity. We moved around a lot, making me feel more displaced than ever, living in Shropshire, London and finally Reigate in Surrey; happily we stayed there, right up to when I got married.

When I first met my husband Peter, we were both 16 and we were at a party. We didn’t start going out until we were 18 or 19, but we got married when he was an undergraduate at Cambridge, one of only three undergraduate married couples in the whole university. By the time we were in our mid-twenties, we had three children. Peter was working for Vogue magazine, then later for the Sunday Times, and I stayed home to look after the children. That was really hard for me; much as I adored my children, motherhood didn’t come easily to me. I needed to get out and do something, so when they were at school I began to do research for Peter’s articles. Of course there was no Google then, so it meant trawling through newspaper archives for material, much more time-consuming. Stimulating though that was, I felt I needed to do something that I was in control of, so when the children were all in full-time schooling I joined with a friend, Carola Casson, in opening a shop selling kids’ clothes on the Portobello Road in London.

We lived above the shop, but we began to realise how wrong an environment Portobello Road was to bring up children, so we decided to try and find a place in the countryside for the school holidays. Through a friend, we heard of a cottage in Little Bredy for rent, so we set out to take a look. Forty years ago there was no M3, etc, so it was a long journey, and halfway down I told Peter I thought the whole idea was mad. Of course, when I saw the cottage, even though it was a wreck, I told him I didn’t care how long the journey took, it was marvellous. Despite the single cold tap and chemical toilet, to go there was a brilliant experience for the children who were used to a cramped flat above a shop. We had the cottage for 21 years, as weekenders.

The decision to leave London completely was brought about by several factors. My children were teenagers, so my interest in kid’s clothes had lessened, so we closed the shop. Peter had a computer business which was suffering in the recession, and we were both working very hard to try to rescue it. We just thought now’s the time. So when we moved, the release of stress was enormous for both of us. We had no idea, all the time we were “weekenders”, just how much artistic and community life goes on here in Dorset. And it was so much easier to play an active part in it here, compared to London. After a while, I got involved with a dramatic society called the Gabriel Players at Whitchurch Canonicorum, making the costumes for three of their productions. I got to know quite a few people through that, and then we were asked if we’d like to be on the committee organising the Abbotsbury Music Festival, a series of classical concerts held in the church. Marina Tafur was the musical director, and as a professional opera singer she was able to invite world-class performers to the festival. After a year helping out on the committee, I offered to undertake the marketing for them, something I really like doing and have plenty of experience in. With a small budget, which was easily recouped by increased sales, it went well, and then Marina suggested staging an opera. Some people thought it was too ambitious, but Peter and I, not really knowing what was involved, thought it a great idea. We enlisted the help of a film director friend, Mike Hodges, to direct it, and Odaline de la Martinez, the conductor, to conduct and help find the orchestra and singers. Our first opera was Dido and Aeneas, which we staged at Ashley Chase, and it was a huge success. There were perhaps 24 cast members, and I and a friend from the Gabriel Players, Elizabeth Fortescue, made all the costumes. We had to make the costumes for the non-local singers “by post”, using the measurements they supplied. Interestingly, it was the blokes who lied the most about their measurements, so that Elizabeth had to spend hours unpicking waistbands and inserting elastic because they were way too tight. It was a nightmare getting help with building the set, being July and August when the farms are all busy, so we ended up doing that as well. The whole thing nearly killed us. It was, though, the most wonderful experience of my entire life. There were lots of unforeseen problems, but it was the farm manager at Ashley Chase whose confidence in our success encouraged us to sell tickets for the dress rehearsal. The weather was marvellous and we sold out both nights.

After that experience, Marina decided it might be easier to hire a touring company every year, so now the Garden Opera, who were in their very early days back then, have come every year for the last 14 years. They’ve performed in the Sub-Tropical Gardens, the Abbey House Hotel, and this year, for the first time, they performed indoors, at the Electric Palace in Bridport, which was originally built as an opera house. Our audiences were becoming dispirited with getting wet and cold at outdoor performances, and dwindling as a result, but the move to the Palace was a great success and sold out. Nowadays I do the marketing, which is really my first love. I think it was because of my childhood experience I find I can stand outside of things, and see a bigger picture, see possibilities of how things might work in different ways. I think I’m quite good at that. Two of our three children have followed us to live here in Dorset, one lives in London, and we have lots of grandchildren; 6 boys and one girl, and they’re all different but all brilliant. So now we’re very much a local family.”