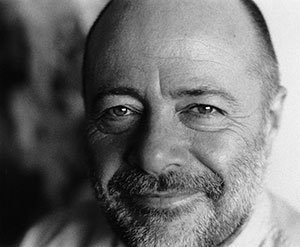 My school careers advisor suggested I became a farmer. This was a shock because the nearest I got to agriculture was the greengrocers. Perhaps he was using the ‘Mr. Drip the Plumber’s Employment Guide’. Young Bullock must become… a farmer!

So imagine my surprise to be living here in Dorset. Not a farmer, but living on a farm, with waxed jacket and thermal wellies. It took a few decades to get here, via London (a reasonably-sized town east of Wessex). I carved out a career as one of the UK’s leading lighting design consultants, working on contracts throughout the UK. When I say ‘carved’, it was more of a bas-relief than a statue – urban living being a two-dimensional business, where the opening gambit of ‘and what do you do?’ determines whether you spend the rest of the evening talking to yourself.

An inevitable siren call brought us west, where it’s more a question of ‘who am I?’ I’ve heard Dorset described as ‘the graveyard of ambition’, but I think that’s just bad medicine from urbanites frightened of too much green.

Lighting design feeds and clothes us, but I have re-found my singing self. I’d always sung, usually alone in a locked room. These days I’m enjoying working within the English roots tradition (folk songs to you), recently releasing a portfolio of songs and photographs from West Dorset, called ‘Soundscape’. A tour of village halls is anticipated later this year.

Did I mention the labyrinths? I’ve always been fascinated by ‘earth mysteries’ and there’s no better place for that than Wessex. I design and build labyrinths – not those mazy things, but pilgrim paths used for meditation and contemplation. There’s one at Godmanstone, another planned at Monkton Wyld Court, and occasional temporary structures here at Townhill Farm.